BY Sean O'Brien on April 10, 2018 | Comments: one comment
Related : Soap Opera, Spoiler, Television, The Young and the Restless 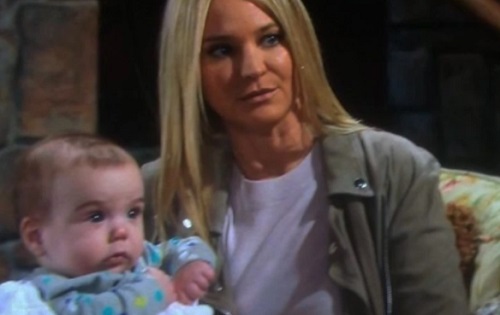 The Young and the Restless (Y&R) spoilers tease that Phyllis (Gina Tognoni) and Billy (Jason Thompson) will scheme against each other. It’s clear that Phyllis doesn’t want Nick (Joshua Morrow) and Sharon (Sharon Case) back together. It’s equally clear that Billy (Jason Thompson) doesn’t want Phyllis getting too close to Nick. That’ll put them on opposite sides in a secret Y&R battle.

Billy will stir the pot a bit by grilling Sharon about her feelings. He’ll wonder if she’s OK with how much time Phyllis and Nick are spending together. Billy will hope he can convince Sharon to make a move and lock Nick down. He knows Nick would set Phyllis straight if a “Shick” reunion happened. Billy just wants Phyllis to back off and focus on their own romance.

However, Phyllis’ plan will be in full swing as well. The Young and the Restless spoilers say she’ll continue her efforts to sabotage Sharon and Nick’s growing relationship. She has no intention of letting Sharon win Nick over again. Phyllis feels like Sharon will just hurt Nick and bring more pain to his life. At least that’s what she’s telling herself!

In reality, Phyllis probably just doesn’t want to see Sharon emerge victorious. There’s still some bad blood between them, so Phyllis will want to push Sharon out of the picture ASAP. It’s doubtful that Phyllis can pull off that goal. She might achieve some success initially, but Nick and Sharon seem destined to renew their romance down the road. Phyllis can only delay the inevitable at this point. 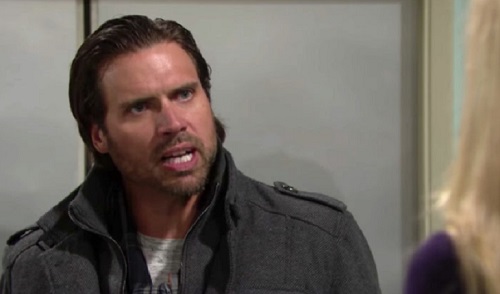 Nevertheless, The Young and the Restless spoilers say Phyllis will give this her best shot. She’ll warn Nick that Sharon may not be interested in him for love. Phyllis will bring up the complicated history Sharon and Nick share, which includes Christian (Jude and Ozzy McGuigen).

Sharon grew attached to the tot when she thought he was her own son, “Sully.” She was heartbroken when she found out the truth and even more heartbroken when Nick discovered the cover-up. Sharon ultimately healed and moved on, but Phyllis will try to plant doubt. She’ll suggest that Sharon really wants Christian, not Nick. Phyllis will think this could be some sort of plot to get custody.

Nick will undoubtedly balk at the idea, but Phyllis’ words could create some worries later. If Nick mentions his fears to Sharon, that could certainly create more friction. Naturally, Billy wouldn’t be happy about more “Shick” drama. He wants them reunited and in a Phyllis-free zone immediately!