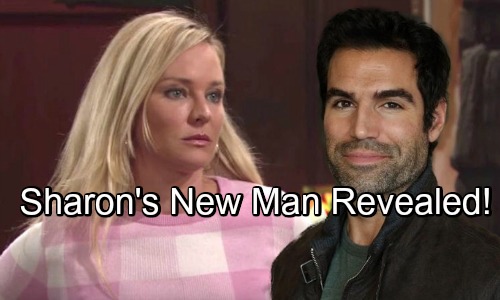 The Young and the Restless (Y&R) spoilers tease that more trouble’s brewing for Nick (Joshua Morrow) and Sharon (Sharon Case). Secrets could drive them apart long before their fall wedding ever arrives. These two are still keeping some crucial facts from each other, so don’t be surprised when “Shick” inevitably explodes.

For starters, let’s talk about Sharon’s secret. She knows J.T. (Thad Luckinbill) is dead and buried. As part of the cover-up crew, Sharon committed crimes she’d rather not mention. The worst part is she had the perfect out! After Nick came clean about his J.T. scheme, Sharon should’ve divulged the whole truth. Nick couldn’t have criticized since he’d been deceiving her as well.

However, Nick’s keeping another secret that’s far more personal. Even if all the J.T. drama comes out, Nick’s hookup with Phyllis (Gina Tognoni) should overshadow it. The Young and the Restless spoilers say Nick will battle temptation soon, so there’s even a chance he could betray Sharon again. He could easily keep digging a bigger hole for himself.

Regardless, the countdown to “Shick’s” destruction has begun. In an interview with Michael Fairman, Joshua Morrow admitted he had a few problems with this reunion anyway. “This happened so fast with Sharon that it felt to me like, a matter of convenience,” Morrow said.

Morrow added that the “timing of it seemed quick and it kind of questioned what Nick and Chelsea (Melissa Claire Egan) were building towards.” He suggested that “Chick” would’ve been “an amazing situation” if Adam had come back in the picture.

Since Morrow is praising his previous pairing and throwing shade at his current one, that’s a dead giveaway that “Shick” won’t last. A Soap Opera Digest blind item pointed to this scenario a while back. It hinted that one leading man wasn’t too keen on a reunion storyline, so maybe that was about Morrow and “Shick.” That could be why Y&R’s rushing Sharon and Nick toward a breakup.

Of course, we shouldn’t feel too bad for Sharon! She’ll soon have a new man in her life. The Young and the Restless spoilers say Sharon may be paired with Rey (Jordi Vilasuso), a mystery guy who will most likely be Arturo’s (Jason Canela) brother.

Buzz was already circulating, but Case and Vilasuso’s Twitter interactions seemingly confirmed it. They sent each other hands-up emojis, so they’re obviously working together. We say hooray for “ShaRey” and something new for Sharon! She deserves a fresh start with a sexy love interest.

Y&R fans will be anxious to see what Sharon and Rey’s chemistry is like. We’ll give you updates as other news comes in. Stay tuned to the CBS soap and don’t forget to check CDL often for the latest Young and the Restless spoilers, updates, and news.