The Young and the Restless Spoilers: Shockers Tear ‘Shick’ and ‘Philly’ Apart – Phyllis and Nick Face Temptation and Cheat

BY Kinsley Goldman on May 30, 2018 | Comments: Leave Comments
Related : Soap Opera, Spoiler, Television, The Young and the Restless 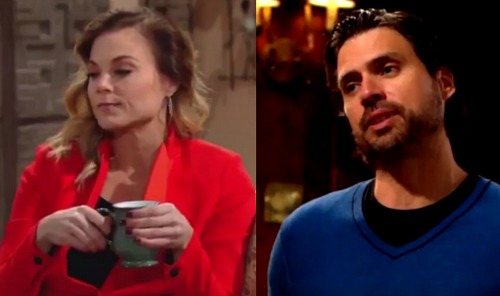 The Young and the Restless (Y&R) spoilers tease that major relationship drama’s coming up. Two couples in particular are headed for trouble. They could end up on a collision course, so let’s consider how this stunning storyline might play out.

Of course, Phyllis had to put that project on hold to handle all the J.T. (Thad Luckinbill) chaos. She’s been busy trying to keep the cover-up crew out of prison. Now it’s almost time for Summer’s turn at legal issues. Phyllis will get her daughter out of jail for some crime she’s committed. After that, Summer will likely move in with Phyllis and Billy. That should be interesting to say the least!

The Young and the Restless spoilers say Summer will pop Phyllis and Billy’s blissful bubble. Once Summer’s around, they won’t be able to have sex all over the place constantly. It won’t be long until Billy’s on edge and pouting. This could be the beginning of big problems for Billy and Phyllis.

Unfortunately, the conflict probably won’t stop there. Sharon (Sharon Case) and Nick will also face some romantic woes. The Young and the Restless spoilers state that Sharon will make a difficult decision next week. Will the Christian (Jude and Ozzy McGuigen) custody situation scare her off?

Sharon may dump Nick or at least tell him to move out. She’s already getting attached to Christian again, so she won’t want to go through the same ordeal as last time. Losing Christian once more just might break her. Plus, Sharon might feel like she’s making all this worse. She won’t want to be viewed as some mistake Victor (Eric Braeden) can use against Nick in court.

In other words, both “Philly” and “Shick” could be driven apart. How long until Nick and Phyllis are drawn to each other? We could see a cheating scandal if they don’t make their splits official. Then again, they could be free to turn to each other for sexy comfort and regret it later. One-night breakups are great for setting up that kind of secret.

Whatever the case, something shocking seems to be brewing on the CBS soap. We’ll give you updates as other news comes in. Stay tuned to Y&R and don’t forget to check CDL often for the latest Young and the Restless spoilers, updates, and news.