BY Heather Hughes on July 6, 2018 | Comments: one comment
Related : Soap Opera, Spoiler, Television, The Young and the Restless 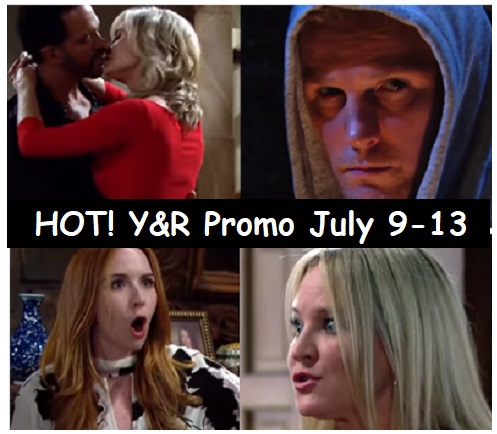 The Young and the Restless (Y&R) spoilers for the week of July 9-13 tease that some shockers are brewing. Genoa City will be filled with drama over the next few days, so let’s discuss some of the action. For starters, Kyle’s (Michael Mealor) gravedigging will lead to his arrest and a trip to night court. He’ll also face Jack’s (Peter Bergman) wrath for taking matters into his own hands.

However, Kyle’s move will ultimately pay off. He’ll show Jack a bone he managed to dig up, so they can use that to get Chancellor proof. With the help of a DNA test, they should be able to find out if Jack is Phillip’s son. Of course, Cane (Daniel Goddard) will fight Jack and Kyle no matter what. He’ll do everything he can to protect his role at Chancellor Industries and eliminate this fierce threat.

The Young and the Restless spoilers say Kyle will stand up to Cane soon enough. He’ll let Mr. Ashby know that he won’t be intimidated. When they nearly come to blows, Jack will decide to step in. He’ll urge Cane to back off and get out before he does something he’ll regret. Jack would certainly call the cops on Cane if need be.

Cane will probably snarl a threat or two and head for the door. He’s got better things to do than get thrown in jail. Cane would rather spend that time preparing for a corporate war! Later this week, Jill (Jess Walton) will return and back Cane up. It sounds like Kyle and Jack will have a true fight on their hands.

Elsewhere, Neil (Kristoff St. John) will surprise Ashley (Eileen Davidson) with a romantic meal. He’ll invite her over as a “thank you” for some business help. Although Neil will indeed be grateful, that won’t really be the goal of this dinner. Instead, Neil will make his intentions known with flowers, candles and a sweet speech. He’ll do his best to charm his way into Ashley’s heart.

Afterward, Ashley will flirt back and they’ll share a steamy kiss. It’s been a while since either one of them had a Y&R love story, so Neil and Ashley might as well pair up! Meanwhile, the J.T. (Thad Luckinbill) chaos will continue. Victoria (Amelia Heinle), Phyllis (Gina Tognoni), Nikki (Melody Thomas Scott) and Sharon (Sharon Case) will believe their enemy’s back to take them all down.

Over with Victor (Eric Braeden), he’ll get a surprising message. It’s possible J.T. will contact “The Moustache” and set up a meeting. Victoria won’t want her father to put himself in danger, but Victor will insist on settling this. J.T. started a war, but Vic intends to finish it!