The Young and the Restless Spoilers: Summer Lands in a Coma After Confrontation with Phyllis – Like Mother, Like Daughter? 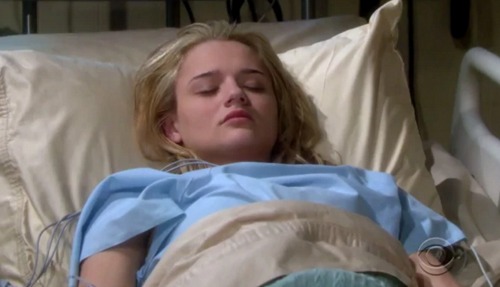 The Young and the Restless (Y&R) spoilers tease that one storyline is set to explode. Summer (Hunter King) desperately needed cash, so she chose to make a deal with Nick (Joshua Morrow). In exchange for her silence about the hookup, Summer scored a hefty check.

However, that doesn’t mean Summer will keep her promise. She’s determined to get Billy (Jason Thompson) in bed, so she may have to play the one-night stand card. It might be the only thing that can convince Billy to have sex with Summer.

Things are already tense between Summer and Phyllis (Gina Tognoni), but there’ll be even more conflict when Summer returns from her cruise. Phyllis left Summer stuck on the water without a way to contact anyone, so you can bet the brat will be furious. After this, Summer definitely isn’t stopping until she’s conquered Billy.

If Summer drops the hookup bomb and destroys “Philly,” Phyllis will inevitably fly into a rage. She warned Billy that she’d kill him if he ever screwed around with her daughter. That could be a hint that Billy will land in harm’s way, even if it’s inadvertent.

Nevertheless, it’s wise to expect the unexpected on Y&R. The Young and the Restless could have a major twist in mind following this stunning exposure. What if Summer’s the one who ends up in danger? It’s easy to imagine a confrontation that takes a horrible turn.

Summer is behaving like Phyllis did in her younger years. The show has certainly reminded us of that, so they could take it a step further with a similar story shocker. Will the parallels continue with a coma? It’d be fitting if Summer took a tumble and found herself comatose at the hospital. Honestly, some fans say it would serve her right!

The Young and the Restless spoilers say Phyllis will need some reason to forgive Summer. The thought of losing her daughter might be the only way to achieve that. Phyllis may be distraught enough to promise forgiveness if Summer will just wake up.

Hunter King plans to do both Y&R and her primetime show, Life in Pieces. If she needs a little time off to shoot the primetime stuff, a coma for Summer could explain her absence. It’d be a convenient strategy to keep Summer around until King can film more Y&R scenes.

Regardless, Summer could pay a steep price for going after her mom’s beau. Are you excited about the looming drama? Can Phyllis and Billy get past the chaos? We’ll give you updates as other Y&R news comes in. Stay tuned to the CBS soap and don’t forget to check CDL often for the latest Young and the Restless spoilers, updates and news.