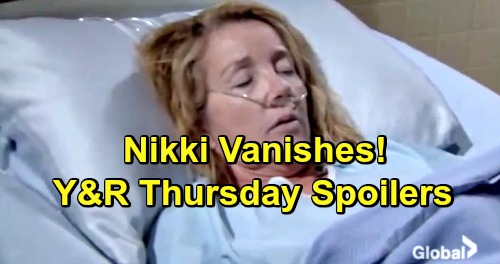 The Young and the Restless (Y&R) spoilers for Thursday, December 27, tease that Lola Rosales (Sasha Calle) will make a shocking discovery. She loved the new handbag Kyle Abbott (Michael Mealor) got her for Christmas, but that’ll change when she finds out how much it costs! Y&R fans can expect one little gift to cause a huge issue for this couple.

It’s easy to imagine Abby Newman (Melissa Ordway) casually spilling the beans. She might comment on the handbag and suggest that Kyle was a big spender this year. Whatever the case, Lola will find out that Kyle’s present cost him thousands of dollars. She’s obviously not the kind of gal who would ever spend that much on a purse and she’ll be sure to let Kyle know it.

The Young and the Restless spoilers say Kyle will defend his purchase. He may suggest that this wasn’t about money – although he’s got plenty of it to spread around. Kyle simply saw a gift he thought Lola would like and bought it for her. However, Lola will take this as a sign they’re incompatible. She’ll dump Kyle and leave him wondering how a handbag tanked his happy romance.

Of course, there must be a deeper reason for the breakup. Lola’s probably just scared about moving too fast or nervous about taking things to the next level. If she truly cares about Kyle as she claims to, a handbag wouldn’t be a deal-breaker. Let’s hope Kyle get eventually get to the heart of the matter and reassure Lola about going at her own pace. 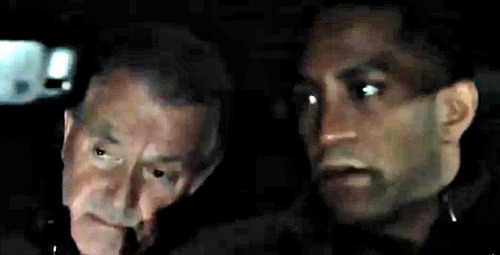 Other Young and the Restless spoilers say Ana Hamilton (Loren Lott) will grow frustrated with her brother. She’ll feel like Devon Hamilton’s taking all the credit for the work she put in. Ana’s the one who saw potential in Fenmore “Fen” Baldwin (Zach Tinker). Devon probably never would’ve signed Fen without Ana’s involvement, so she’ll think it’s unfair of him to cut her out.

Later, Fen will determine that Ana’s been writing some songs anonymously. He’ll connect the dots and call Ana out on her secret, so she’ll be forced to come clean. Maybe Fen will convince Ana to get back in the studio herself and record some of her own work. Y&R seems to be inching these two toward couple status, so we’ll see how long that takes.

Finally, Nikki Newman’s (Melody Thomas Scott) kidnapping will freak out her loved ones. Nick Newman (Joshua Morrow) will take charge of the situation as Victoria Newman (Amelia Heinle) and Phyllis Summers (Gina Tognoni) try to help. They’ll all fear the worst, especially since Nikki is still in dire condition.

Will Victor Newman (Eric Braeden) lose faith in Nate Hastings (Brooks Darnell) and Nikki’s other doctors? Will he jet Nikki off for better help elsewhere? Could the evidence planter scoop Nikki up and use her as Victor bait instead? Kidnapping Nikki would be a great way to force a showdown without any cops around.

Regardless, The Young and the Restless spoilers say Rey Rosales (Jordi Vilasuso) will have another case to crack. He’ll clash with Nick as he starts a new investigation, so stay tuned for serious conflict. We’ll give you updates as other Y&R news comes in. Stick with the CBS soap and don’t forget to check CDL often for the latest Young and the Restless spoilers, updates and news.