BY Heather Hughes on May 22, 2018 | Comments: one comment
Related : Soap Opera, Spoiler, Television, The Young and the Restless 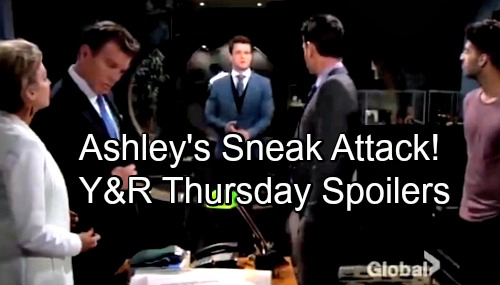 The Young and the Restless (Y&R) spoilers for Thursday, May 24, tease that Ashley (Eileen Davidson) will focus on her own goals. There’s plenty of chaos going on within the Abbott family, but maybe Ashley can use it to her advantage. She definitely has a few tricks up her sleeve.

Y&R fans can expect Ashley to divulge a secret on Thursday. She’s got a hidden agenda, so this should be about the CEO spot at Jabot. Since Billy (Jason Thompson) and Jack (Peter Bergman) are busy battling over the throne, they probably won’t see Ashley’s sneak attack coming. Perhaps their feud could actually give Ashley the upper hand.

Jack’s been out of control lately, so he needs to take a break from running the company. As for Billy, he may not have what it takes to keep Jabot going strong. Changes can be good, but maybe Billy intends to make too many. He could be setting Jabot up for a major fall if he’s not careful. 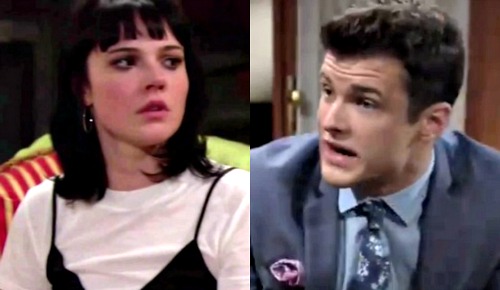 Ashley undoubtedly feels like she’s more qualified, so she’ll hope to take the position away from Billy. If Ash can somehow get rid of the blood-Abbott clause, she’ll be one step closer. The Young and the Restless spoilers say Ashley will continue to plot and hopefully find some ideal opportunities.

Elsewhere, Kyle’s (Michael Mealor) plans will be thwarted. He’ll face a defeat, so there are a couple possibilities here. Kyle will soon ask Tessa (Cait Fairbanks) on a date, so a rejection would fall into the defeat category. However, this could also involve corporate drama. Despite an agreement with Jack, Kyle will try keep his options open. He’ll hope to earn Billy’s trust, but his efforts could fail miserably. 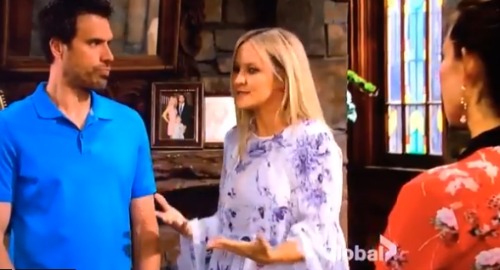 Other Young and the Restless spoilers state that Nick (Joshua Morrow) will need some advice. He’ll turn to Phyllis (Gina Tognoni) for help with what’s on his mind. Nick will likely open up about Victor’s (Eric Braeden) offer and Sharon’s (Sharon Case) disapproval. Although Nick would like to rejoin the family business, he’ll be concerned about ignoring Sharon’s wishes.

Phyllis won’t be happy about the “Shick” reunion, but she may understand Sharon’s concerns. Then again, Phyllis might fall into Victoria’s (Amelia Heinle) camp. At least getting back in the game at Newman would serve as a distraction. Anything that keeps Nick away from the J.T. (Thad Luckinbill) investigation is a good thing.

Of course, Phyllis could also hope to sabotage Nick and Sharon. She could push Nick to return to Newman and hope it’ll cause issues in his relationship. Whatever the case, this Newman comeback is turning into a huge mess! We’ll give you updates as other Y&R news comes in. Stick with the CBS soap and don’t forget to check CDL often for the latest Young and the Restless spoilers, updates, and news.