The Young and the Restless Spoilers: Thursday, May 3 – Phyllis Cleans Up a Mess – Nikki Handles a Threat – Kyle Won’t Back Down 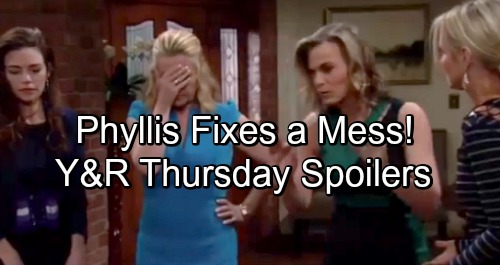 The Young and the Restless (Y&R) spoilers for Thursday, May 3, tease that Billy (Jason Thompson) and Kyle (Michael Mealor) will face off. Since Kyle knows what’s at stake, he’ll undoubtedly bring up the blood-Abbott clause again. Kyle will want to change Jack’s (Peter Bergman) mind about ditching it immediately. He realizes the clause will add to the chaos if the truth comes out.

Of course, Billy’s still in the dark on the paternity shocker. He won’t see the point of pestering Jack about something that doesn’t really matter. Billy will probably urge Kyle to just let it go, so it sounds like Kyle may need a new tactic. Unfortunately, Victor (Eric Braeden) may make a mess of things soon enough. He’ll have a meeting with Kyle on Friday, so this situation could head downhill fast. 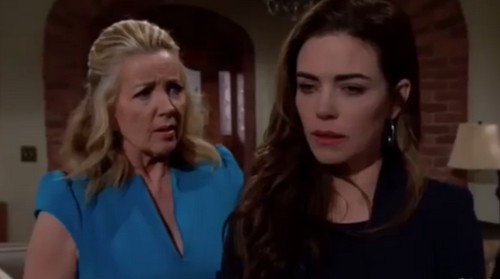 In the meantime, Victoria’s (Amelia Heinle) guilt will take over. In Wednesday’s Y&R episode, Victoria fills Nikki (Melody Thomas Scott) in on her plan to confess. She wants to take the fall for killing J.T. (Thad Luckinbell) and get everyone else out of this jam. On Thursday, Nikki will work to talk Victoria out of that idea. She might bring up the toll this would take on Victoria’s kids.

Nikki may add that Paul (Doug Davidson) would see right through Victoria’s admission anyway. She’ll just want Victoria to stay calm and stick with their cover-up strategy. Nevertheless, Victoria will wrestle with remorse about J.T.’s fate. She’ll hate all the deception, so Nikki and Phyllis (Gina Tognoni) will have to keep an eye on her. The same goes for Sharon (Sharon Case), who could still pose a confession risk. 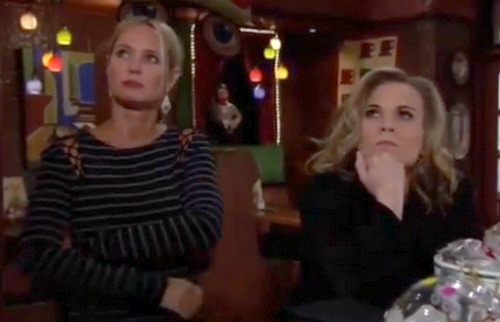 Speaking of Sharon, it looks like Phyllis may try to fix her blunder. On Wednesday, Sharon’s story doesn’t match up with the other ladies’ version of events. It brings suspicions for Paul, so Phyllis might handle it on Thursday. The Young and the Restless spoilers say Phyllis will attempt to undo some damage, so she may tell Paul that they were too drunk to remember the details.