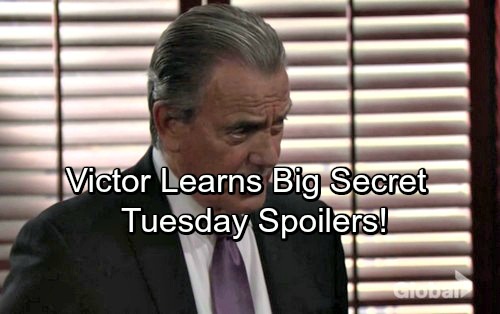 The Young and the Restless (Y&R) spoilers for Tuesday, January 16, tease that Nikki (Melody Thomas Scott) will throw herself into a commendable challenge. On Monday’s episode, Nick (Joshua Morrow) and Nikki join forces to talk some sense into Sharon (Sharon Case). Bringing homeless strangers into your home doesn’t seem like the best idea, so they understandably have concerns.

However, the situation shifts once Nikki realizes Sharon’s new friend is Kathy. Her wisdom helped Nikki out on Christmas, so she’s turning this into a passion project. On Tuesday, The Young and the Restless spoilers say Nick and Nikki will team up once again. Instead of trying to stop Sharon, they’ll help her make the most of her good heart. 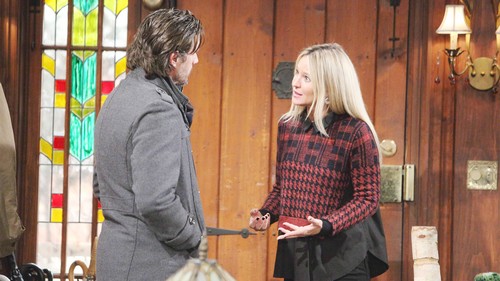 Nikki will sink some money into assisting the homeless and people who are struggling to get by. She’ll hope she can turn things around for many Genoa City residents. Nick had reservations about Sharon’s trusting nature, but he’ll come around by the end of all this.

In fact, Nick and Nikki will both admire Sharon’s new path. They’ll sense that she’s learned how to cope in a positive way. Instead of going off the rails when something goes wrong, Sharon now knows how to channel her frustration into something wonderful.

This could bring Nick and Sharon much closer in the months ahead. Their friendship will grow stronger, which should be important once Nick and Chelsea’s (Melissa Claire Egan) relationship begins to crumble. Look for Sharon to serve as a crucial sounding board down the road. There’s a good chance this is all building to a “Shick” reunion.

In the meantime, other exes will also reconnect as pals. Devon (Bryton James) and Mariah (Camryn Grimes) vowed to remain friends when they broke up, but they haven’t really followed through on that promise. They’ll try to change that in Tuesday’s Y&R episode.

The Young and the Restless spoilers state that Devon will confide in Mariah. She’ll offer advice and possibly unload some of her own problems. Of course, Mariah won’t give Devon the full story. She’s still hung up on Tessa (Cait Fairbanks), but that secret will remain in a small circle for now.

Across town, Victor (Eric Braeden) will learn a huge secret. Will he find out that Victoria (Amelia Heinle) and J.T. (Thad Luckinell) have been heating things up again? That’s one possibility to consider. Victor could also hear the dirty details of Scott (Daniel Hall) and Abby’s (Melissa Ordway) cheating drama.

The Young and the Restless spoilers say Victor will hire someone new soon, so it’s possible Scott will be fired and replaced. Whatever happens, Scott will continue to be a mess in the coming weeks. We’ll give you updates as other Y&R news comes in. Stick with the CBS soap and don’t forget to check CDL often for the latest Young and the Restless spoilers, updates and news.