BY Marcy Cohen on May 6, 2018 | Comments: one comment
Related : Soap Opera, Spoiler, Television, The Young and the Restless 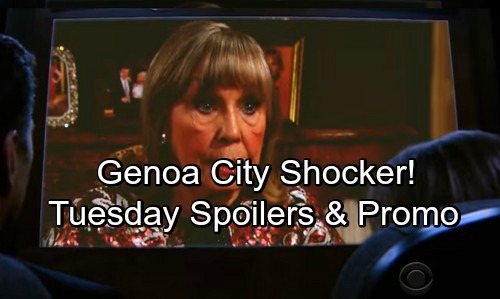 The Young and the Restless (Y&R) spoilers for Tuesday, May 8, tease that the Abbotts will get ready to party! It’s almost time to celebrate Dina’s (Marla Adams) vibrant life and reflect on warm memories. Dina’s mistakes caused plenty of pain in the past, but she’s made amends and her family loves her. This will be a special evening to acknowledge the good times and forget the bad.

Of course, Y&R fans know that plan won’t work out. A buried secret is about to be revealed and it’s sure to cause loads of turmoil. Before we get to main event, let’s set the stage. Jack (Peter Bergman) will be particularly excited about the big shindig. He’ll run down his checklist and make sure all the preparations have been made. Jack will believe this is going to be fantastic night for the Abbott clan. 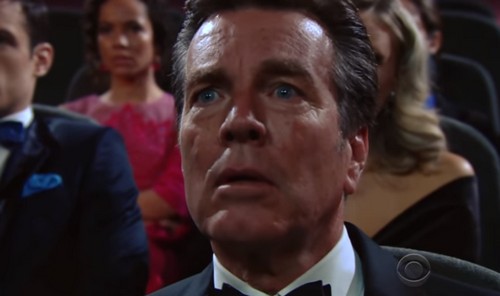 Since Charlie (Noah Alexander Gerry) hands over a final cut of the interview on Monday’s new Y&R episode, Jack and Abby (Melissa Ordway) will get a sneak peek at what’s to come. As a result, they’ll believe they know what’s ahead in Tuesday’s Y&R episode. Jack will expect to fill Dina’s eyes with happy tears, but he’ll fill his own with sad ones instead.

The Young and the Restless spoilers say the Abbotts will gather at a movie theater Jack rented. The lights will be lowered and everyone will settle in for some fun. Dina will start telling some old stories on screen, so there’ll be smiles all around. Unfortunately, Jack will soon realize there’s an extra story he didn’t know about. He’ll gape as Dina declares he isn’t John’s (Jerry Douglas) son! 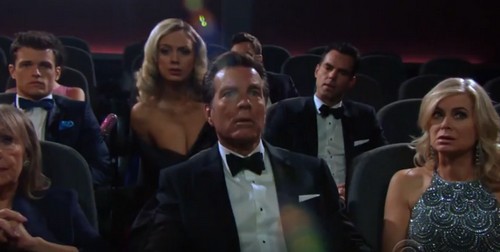 Y&R viewers can expect some explosive moments as Jack processes the revelation. The Young and the Restless spoilers say Jack will lash out, so Dina will become quite upset. It’ll add to the horror show and make all of this even more devastating.

Kyle (Michael Mealor) and Abby will step up to offer Jack some comfort. Meanwhile, Ashley (Eileen Davidson) might be busy trying to calm Dina down. A real mess is on the way! We’ll give you updates as other Y&R news comes in. Stick with the CBS soap and don’t forget to check CDL often for the latest Young and the Restless spoilers, updates, and news.