The Young and the Restless Spoilers: Victor Lures Vulnerable Jack Into A Trap – Tempting Offer Spells Disaster For Jabot

BY Kinsley Goldman on May 18, 2018 | Comments: 2 comments
Related : Soap Opera, Spoiler, Television, The Young and the Restless 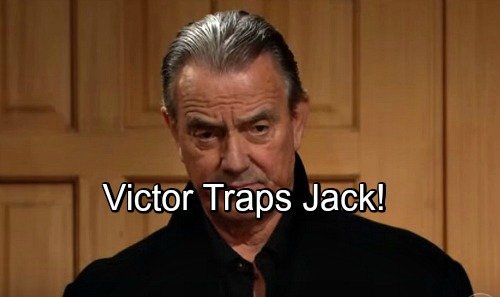 The Young and the Restless (Y&R) spoilers tease that Victor (Eric Braeden) will keep his eye on the prize. He’s been facing accusations about altering Dina’s (Marla Adams) interview, but whether he’s guilty or not doesn’t matter at this point. The main thing is Victor will use this drama to his advantage!

Next week, Jack (Peter Bergman) will get some disturbing news. He may receive updates on Billy’s (Jason Thompson) swift takeover of the throne and all the changes that are happening. There are bound to be some new strategies now that Billy’s in charge.

Ashley (Eileen Davidson) will continue to micromanage, but Billy will inevitably want to do things his way. His newfound power could go to his head. Billy isn’t used to running the show at Jabot, so he may make a few mistakes. Even if those errors aren’t a big deal, Jack will certainly view them as catastrophic. He may feel like Billy’s going to run the whole company into the ground. 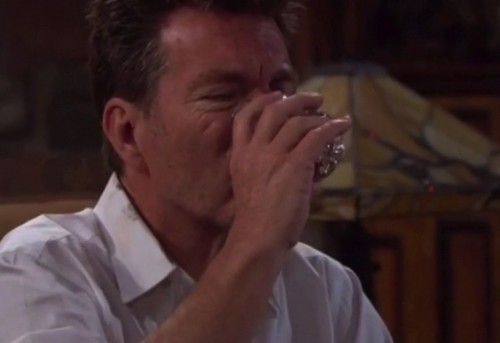 Of course, Jack’s been incredibly upset over his paternity confirmation. Now that he’s not a blood Abbott, Jack doesn’t feel like he belongs anymore. Part of him should be miffed about Billy’s ill-advised moves, but another part of him may enjoy watching the failure. Jack may like the idea of Jabot crashing and burning without him.

Victor would also love to crush the competition, so this presents Y&R with an interesting opportunity. The Young and the Restless spoilers say Victor will give someone a surprising offer. Will Jack be on the receiving end? Could Victor try to rope Jack into a deal and suggest they can help each other out?

Jack’s in a dark place, so it would be easy to turn to the dark side. An enticing Newman offer might be enough to win him over. Kyle’s been helpful, but Victor would much rather pull out the big guns. Jack might agree to help sink Billy with the goal of reclaiming the CEO spot. He could destroy Jabot with the intention of saving it himself. However, Victor could hope there’ll be nothing left for Jack to fix!