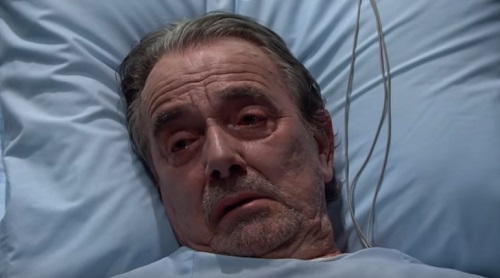 The Young and the Restless spoilers tease that everyone is naturally upset that Victor (Eric Braeden) was twice attacked and remains hospitalized. But while he’s in a weakened state, something interesting has happened. The Newman family has rallied in a different way than was seen in past crises.

The ironies of life in Genoa City, as is often true in the real world, involve characters being at their lowest points, yet gaining, or restoring strength through tragic situations. Such is the case for Victor, who’s been on the outs with many family members within the last year, yet has reclaimed his full space within their hearts. 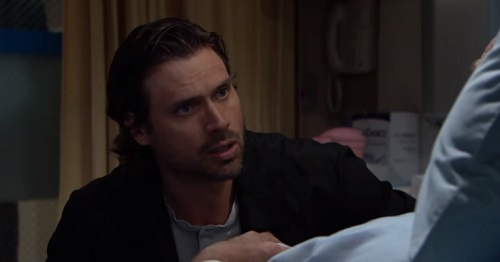 Nick was sickened that his father was directly tied to the woman who believes she killed Adam. Nikki and Vickie were told about said reveal, which also made them sever ties with the Black Knight. Abby (Melissa Ordway) remained loyal, but wasn’t privy to the Adam information.

Crisis has often brought all elements of this clan back together. This situation, in particular, has proven very serious. The family dynamic has radically shifted when Vickie, Nikki and Nick (in that order) learned that J.T. (Thad Luckinbill) was responsible for both attempts to end Victor’s life.

Y&R has created a storyline where Victor is truly innocent. He had done nothing wrong, which isn’t often the case. J.T. attacked Victor based on his harbored grudge about Colleen’s (Tammin Sursok) death, which was believable, and his rough career path, which was a weak plot point. Mr. Hellstrom’s unstable mind made Victor a fixation.

The Newman family already felt compassion for Victor’s plight. But the dynamic within this often dysfunctional unit will change now that he’s been confirmed as being wrongfully attacked by someone who was known and trusted.

Victor has also seen the genuine emotion expressed by his loved ones and is likely (though this can’t be certain where the Moustache is concerned) to renew good relations with his wife and first-born son. Vickie had previously come along, but she will become even more loyal due to her guilt at having not stopped J.T. Though her self-degrading feelings purely represent second-guessing.

The path to Victor’s full recovery isn’t known and will be impacted by the building coverup involving J.T.’s death. However, Y&R fans expect Victor to regain his health and do all that’s possible to protect Nikki and Vickie from wrongfully facing legal persecution.