The Young and the Restless Spoilers: Victoria Explodes Over J.T.’s Undercover Mission – Deception Leads to Death?

BY Marcy Cohen on February 17, 2018 | Comments: one comment
Related : Soap Opera, Spoiler, Television, The Young and the Restless 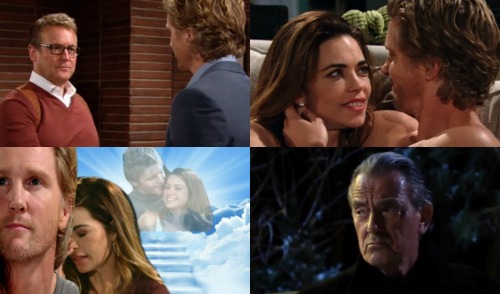 The Young and the Restless (Y&R) spoilers tease that J.T. (Thad Luckinbell) will meet with Paul (Doug Davidson) and Christine (Laralee Bell). They’ll discuss their plot to bring Victor (Eric Braeden) to justice. Christine and Paul feel like Victor got off too easy. He deserves to be sitting behind bars for everything he’s done, so they’ll hope they can achieve that.

J.T. will mention that he’s doing what Paul asked. He’s undercover with the Newmans. Of course, that leads to the question of how long this scheme’s been in motion. Was this the plan from the get-go? Was J.T.’s whirlwind romance with Victoria (Amelia Heinle) a way to get what he wanted? Regardless, that’s certainly what Victoria will assume when she finds out. 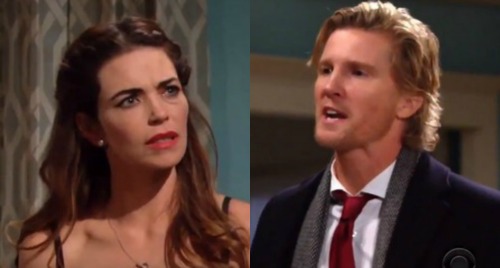 Of course, J.T.’s jealous outbursts seem quite real. It’s possible that he fell in love again in the midst of all this. Perhaps what started out as a ploy turned into the real deal. Then again, this plot could’ve kicked off after J.T. and Victoria hooked up. This may be Paul’s recent suggestion since J.T. just scored a job at Newman Enterprises.

Whatever the case, J.T. is putting his relationship with Victoria on the line. He keeps talking about how it’d kill him if she left him. That could be a huge anvil about what’s ahead. The Young and the Restless spoilers say this secret will inevitably be exposed. It could be the beginning of the end for J.T.

Victoria will obviously be outraged when she discovers that J.T.’s been targeting her father and her family’s company. She’ll feel a deep sense of betrayal over this Victor takedown effort. Victoria will wonder if J.T. ever really cared about her at all. 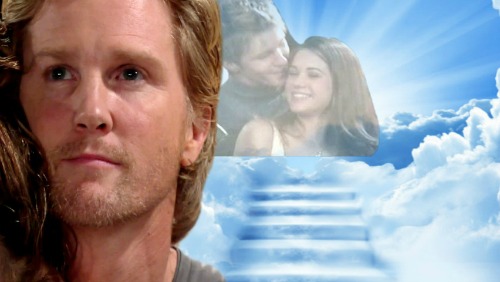 Y&R is laying the groundwork for an explosive fight, so this would be the perfect time for a heart attack. J.T. may have to be rushed to the emergency room after this intense argument. Is this how The Young and the Restless will write J.T. out? Victoria might get some closure through a few hospital scenes, so they could still wrap everything up on a touching note.

J.T.’s exit is definitely coming up pretty soon, which means Y&R viewers should prepare for a tough goodbye. We’ll give you updates as other news comes in. Stay tuned to the CBS soap and don’t forget to check CDL often for the latest Young and the Restless spoilers, updates and news.