The Young and the Restless Spoilers: Victor’s Shocking Payback To Nikki For Arturo Hookup 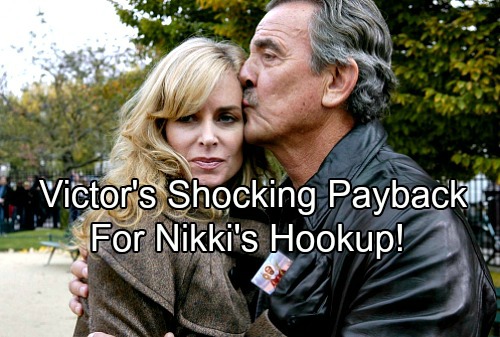 The Young and the Restless (Y&R) spoilers tease that Victor (Eric Braeden) will surprise Nikki (Melody Thomas Scott) in a big way. What kind of shocker does he have in mind? Perhaps Nikki will be caught off guard by Victor’s reaction. He might announce that he’s in the loop on her hookup with Arturo (Jason Canela). Naturally, Victor won’t be happy about it!

Nikki might remind her husband that their marriage is essentially a business partnership. They recently renewed their vows and seemed to mean them in the moment. However, the magic of the evening has worn off and now Nikki’s gone wild. She gave Ashley (Eileen Davidson) the green light to renew her relationship with Victor and quickly found a boy toy to have fun with. 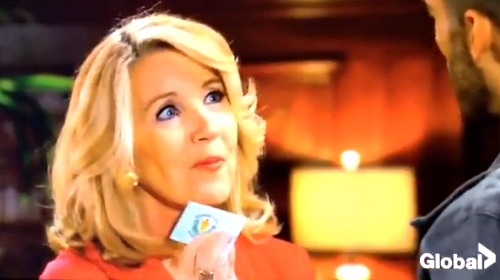 Victor may not resort to a full-blown meltdown, but he could still voice his displeasure over the Arturo incident. After all, this is violating the rules of their arrangement. Victor and Nikki agreed to keep up appearances. They want the public to believe this is a real marriage with solid vows. Their plan can’t work if people see Nikki heading up to suites with hunky building contractors.

Of course, that would probably just be Victor’s excuse. Y&R fans know Victor must be longing  for Nikki as a true wife. Nikki needs to feel desired and get some love. Victor should rev up the romance if he wants this marriage to be the real deal. He’s done it before, so he can surely do it again. Perhaps they can get past the ugly battles of the past.

Unfortunately, Nikki and Victor are both pretty stubborn. The Young and the Restless spoilers say it could take them a while to admit they want a fully committed relationship. In the meantime, Victor could sabotage any future hookups for Nikki. He could even try to steal Arturo away from Nikki’s project by hiring him for another one.

If Nikki still won’t let up, Victor might indulge in some hot nights with lovely ladies. He could give Nikki a taste of her own medicine. Ashley (Eileen Davidson) hasn’t expressed interest in a reunion yet, but you never know what might be brewing down the road. Even if Ashley steers clear of Victor romantically, he might find another woman to spark envy for Nikki.

Jealousy appears to be a huge factor in all of this. Will Victor and Nikki turn this into a spiteful war? Will they eventually snap out of it and accept that they only want each other? We’ll give you updates as other Young and the Restless news comes in. Stick with Y&R and don’t forget to check CDL often for the latest Young and the Restless spoilers, updates and news.