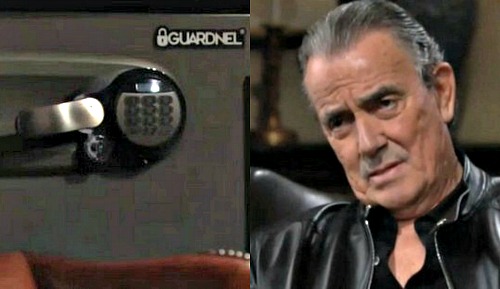 The Young and the Restless (Y&R) spoilers tease that J.T. (Thad Luckinbell) will make progress in his investigation. After Paul (Doug Davidson) threatens to shut down the case, J.T. will realize he needs to do something drastic. Nothing’s turned up at Newman Enterprises yet, so J.T. will decide to search Victor’s (Eric Braeden) home turf. He’ll hope that he can find something significant hidden on the ranch.

While Victor’s engrossed in a chess match with Reed (Tristan Lake Leabu), J.T. will have the perfect opportunity to look for evidence. He’ll slip in Victor’s home office to see what he can come up with. When J.T. finds a safe, he’ll feel like he just hit the jackpot. J.T. will call Paul and suggest this could be exactly what they need. They just have to crack the safe and score all the incriminating goodies. 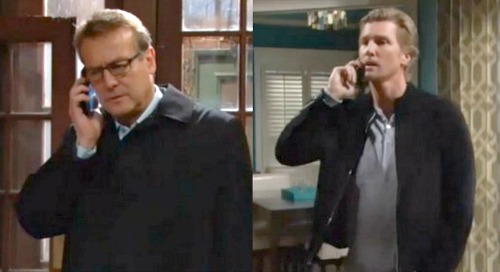 However, J.T. will stir up some suspicions before he leaves. Y&R spoilers say Victor will raise an eyebrow when he finds J.T. where he shouldn’t be. J.T. will claim he was seeking privacy for a work call, but Victor will know better. He’ll determine that J.T. must be up to something, so he’ll definitely want to check into this.

The Young and the Restless fans know that Victor was just betrayed by Victoria (Amelia Heinle). He’s on edge right now and that’ll work against J.T. as this plot moves forward. Victor obviously doesn’t want to let himself get duped again. He’ll be focused on protecting himself and his company. That means Victor will have to beat J.T. at his own game. 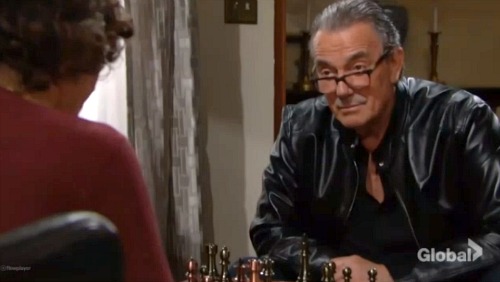 Victor will have to handle several problems this week, but he’ll still find time to deal with his J.T. issues. The Young and the Restless spoilers say Victor will set a shocking trap. Will he leave some bait and wait for J.T. to take it? Victor might realize that J.T.’s got his eye on that safe. He could put some bogus evidence inside to see if J.T. takes it to the authorities.

Then again, Victor could set up cameras and watch what J.T. does during their next family dinner. Regardless, this undercover mission may be derailed. Once J.T. inevitably gets caught, Victor will stun him with an ultimatum. Perhaps he’ll contend that J.T. needs to back off or he’ll blow up his relationship with Victoria. 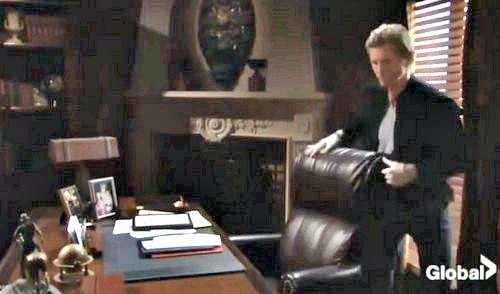 Victor might even urge J.T. to leave town entirely or face the dirty details of his past coming to light. Y&R buzz hints that J.T.’s hiding an abusive history, so that could spell trouble. The Young and the Restless viewers won’t want to miss Victor and J.T.’s next big showdown.

This might even pave the way for Victor’s assault down the road. Will J.T. commit the crime? We’ll give you updates as other Y&R news comes in. Stay tuned to the CBS soap and don’t forget to check CDL often for the latest Young and the Restless spoilers, updates and news.