The Young and the Restless Spoilers: Wednesday, May 30 – Nick and Victor Back at War – Traci’s Harsh Advice – Hilary’s a Mess

BY Heather Hughes on May 28, 2018 | Comments: one comment
Related : Soap Opera, Spoiler, Television, The Young and the Restless 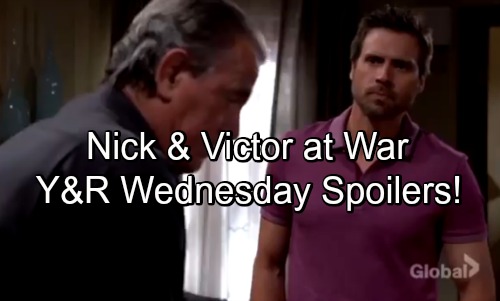 The Young and the Restless (Y&R) spoilers for Wednesday, May 30, tease that Traci (Beth Maitland) will have an important conversation with Jack (Peter Bergman). She’ll hear that he moved out of the Abbott mansion, so she may feel like Jack’s giving up on his family. They’ll sit down to talk about what Jack’s doing and how it’ll affect his loved ones.

Traci may argue that Jack’s being a bit selfish. Dina (Marla Adams) needs her children right now, so it’s not the time to abandon her. Traci might bring up the fact that Dina rarely remembers who she is. It’d be easy for Traci to shy away with dealing with her mother, but she hangs in there and does what’s right. 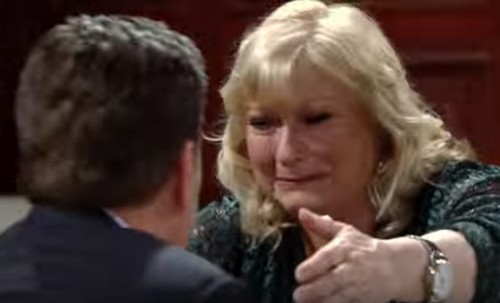 Furthermore, Jack made Ashley (Eileen Davidson) feel like an outsider with the blood-Abbott clause. Now Jack’s facing similar treatment from Billy (Jason Thompson) and that’s pretty much what he deserves. Jack will always be part of the Abbott family, but he needs to suck it up and let all this play out at Jabot.

Traci will dish out some advice that’s a bit harsh, but it’ll be exactly what Jack needs to hear. He’ll be appreciative, so they’ll share a warm embrace by the end of their chat. Meanwhile, there certainly won’t be any hugs at the ranch! Victor (Eric Braeden) and Nick’s (Joshua Morrow) explosive fight will rev up instead. 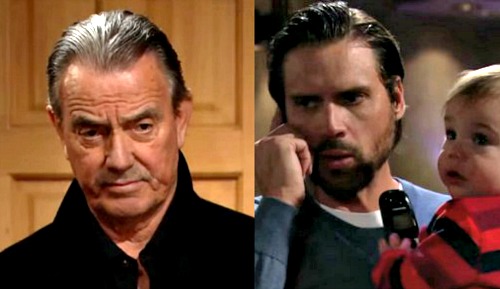 On Tuesday, May 29, Victor points out that Nick isn’t Christian’s (Jude and Ozzy McGuigen) biological father. He suggests that’s why Nick can’t stop him from grooming the boy for a future at Newman. Wednesday’s Y&R episode will dive deeper into this issue. The Young and the Restless spoilers say Nick and Victor will go to war over the paternity secret. They’ll feud about how long it’s been kept and what it means for Christian.

Finally, Hilary (Mishael Morgan) will feel hope as well as doubt. As she awaits confirmation on her pregnancy, Hilary should be a real mess. She’s desperate to be a mom, so the thought of her dreams being dashed will fill her with fear.