The Young and the Restless Spoilers: Week of April 30 to May 4 – Victor and Kyle Destroy Jack With Ultimate Weapon 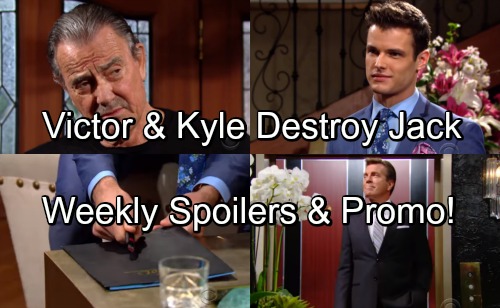 The Young and the Restless (Y&R) spoilers for the week of April 30-May 4 tease that Kyle (Michael Mealor) will find himself feeling torn. He’s in the loop on Dina’s (Marla Adams) secret now, so he has the power to tear his family apart. Kyle will be reluctant to do that since Jack’s (Peter Bergman) paternity affects him as well. Neither one of them is an Abbott, so Kyle will have a lot to think about.

Y&R fans can expect Kyle to team up with Billy (Jason Thompson) this week. They’ll work to get the blood-Abbott clause tossed out at Jabot. Kyle won’t let Billy or Jack in on the paternity shocker, so they’ll be left to wonder what his motives are. Of course, Jack will drag his feet on doing away with the clause. That’ll give Victor (Eric Braeden) time to turn Kyle back to the dark side! 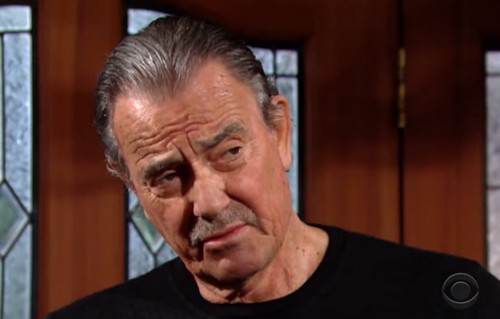 The Young and the Restless spoilers say Victor will ask a question that could seal Kyle’s fate. He’ll wonder if Kyle’s ruthless enough to work with him. Victor and Kyle have been in cahoots for a while now, but Vic’s thinking bigger here. He needs to be sure that Kyle’s completely on board with their bomb. Victor only wants a loyal ally or else Kyle will be of no use to him.

Kyle will suggest that he has a weapon powerful enough to take down his dad permanently. Will he reveal Jack’s paternity to Victor? If so, that move could certainly backfire. Victor could easily turn against Kyle and take him down right along with Jack. Once he’s got the info he needs, Victor may cut Kyle loose and feed him to the wolves. 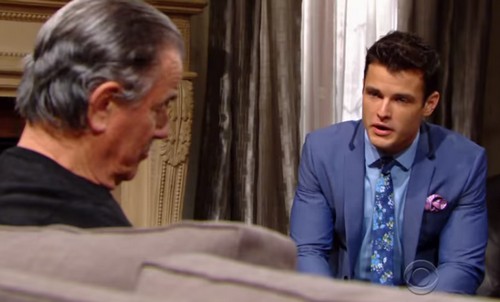 However, Kyle may end up giving Victor some other info instead. Deep down, Kyle cares about his father and doesn’t want to see him get hurt. He definitely won’t blurt out a secret like this without considering the consequences.

Naturally, holding out on Victor could also get Kyle in trouble. It seems like there’s just not a good outcome for him at this point. Kyle will get burned no matter what! We’ll give you updates as other Young and the Restless news comes in. Stick with Y&R and don’t forget to check CDL often for the latest Young and the Restless spoilers, updates, and news.