The Young and the Restless Spoilers: Week of March 5 – J.T. Caught In Victoria and Ashley’s War – Hilary’s Reveals Baby Daddy 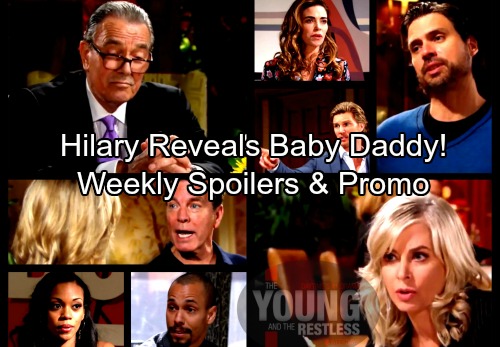 The Young and the Restless (Y&R) spoilers for the week of March 5-9 tease that we’ll see some sneaky plans and desperate moves. For starters, Victoria (Amelia Heinle) will rope an unsuspecting J.T. (Thad Luckinbell) into her plot. She’ll be determined to make it look like Ashley (Eileen Davidson) betrayed Victor (Eric Braeden).

After J.T. sneaks in Jabot and finds the file Jack (Peter Bergman) planted, Victoria will happily offer it as evidence. She’ll tell Victor that Ashley’s a traitor and should be shown the door. Victoria will also let Ashley know that her days are numbered. Naturally, Ashley won’t be so sure about that. She’ll be prepared to go to war and turn the tables.

Victor won’t want to jump to conclusions, but he’ll definitely have concerns. He’ll meet with Ashley to discuss the accusations against her, but she’ll argue that Victor should dig deeper. Ashley won’t be worried about what Victor will uncover, but she’ll think he should be.

Later, Ashley will blame J.T. for being part of the setup. She may think he’s in on the scheme to destroy her. Would Victoria let J.T. go down for her own actions? She may find herself in a tight spot, so stay tuned for all the drama. 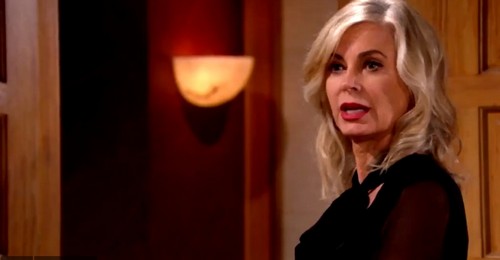 Fortunately, Billy (Jason Thompson) may be able to sort through the facts. He’ll get Ashley off the hook pretty soon, so it seems Victoria could face Victor’s wrath. Meanwhile, Hilary (Mishael Morgan) will choose to be bold. She’ll ask Devon (Bryton James) to be the father of her baby, so he’s in for quite a shock.

It’s doubtful that Devon will enthusiastically agree at first. He may need some time to wrap his head around this. However, Y&R’s clearly setting up a reunion for Hilary and Devon. There’s no way they’re letting her have a kid with anybody but him, so Devon should ultimately give Hilary this wonderful gift.

Other Young and the Restless spoilers say Cane (Daniel Goddard) will serve as inspiration for Lily (Christel Khalil). She’ll insist that he’s given her an amazing idea. Lily will eventually make a major power play. Now that Cane and Lily’s relationship is on solid ground, they can focus on other exciting projects.