The Young and the Restless Spoilers: Week of May 14-18 Update – New Romance, Shocking Showdowns and a Horrible Accident

BY Heather Hughes on May 12, 2018 | Comments: 4 comments
Related : Soap Opera, Spoiler, Television, The Young and the Restless 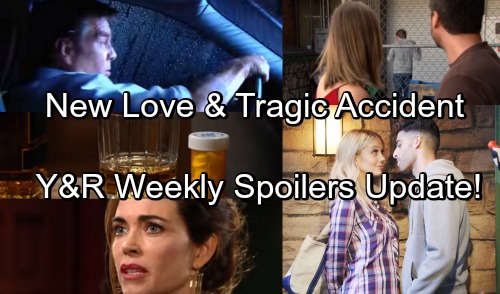 The Young and the Restless (Y&R) spoilers for the week of May 14-18 tease that some fierce faceoffs are on the way. For starters, Abby (Melissa Ordway) will accuse Victor (Eric Braeden) of destroying Dina’s (Marla Adams) big night. Victor will deny altering the footage and get rid of his pesky daughter. However, Kyle (Michael Mealor) will also grill Victor about his potential involvement.

Victor will suggest that maybe Kyle’s the one responsible, but he’ll maintain that’s not the case. Over with Phyllis (Gina Tognoni) and Nick (Joshua Morrow), they’ll track J.T.’s (Thad Luckinbell) cell signal. A guy in a hoodie will run away when they approach him. Nick will manage to corner this mystery man, but it’ll probably just be a nobody who happened to find J.T.’s phone. 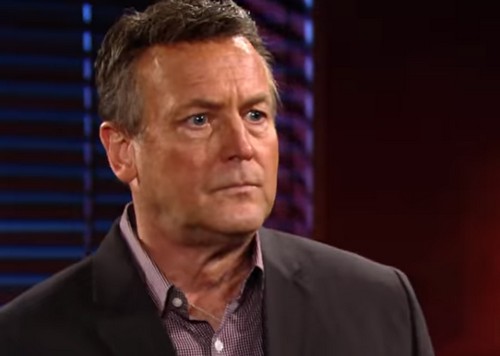 Elsewhere, Victoria (Amelia Heinle) will give a confession that’s filled with fibs. Victoria will just want to do everything in her power to protect herself and the Y&R cover-up gang. That means giving Paul just enough information to satisfy him, even if that info’s phony.

Other Young and the Restless spoilers say Jack’s (Peter Bergman) worst fears will be confirmed. He’ll read the latest DNA results and learn he’s not John’s (Jerry Douglas) son. Jack’s downward spiral will soon begin. He’ll continue drinking and eventually mix alcohol with pills. A distraught Jack will end up in a car accident by the end of the week, so things are about to go from bad to worse. 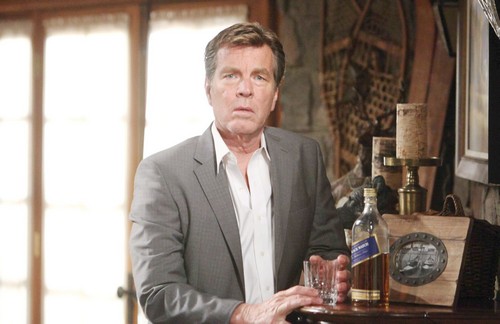 It looks like Neil (Kristoff St. John) will offer Jack more support after his ordeal. Meanwhile, Billy (Jason Thompson) will start running the show at Jabot. He’ll feel horrible about what Jack’s going through, but part of him may enjoy being in charge. This is Billy’s time to shine! He’ll just wish Jack didn’t have to be in such a dark place. Billy and the rest of the family will do whatever they can to help.

Meanwhile, Abby (Melissa Ordway) and Arturo (Jason Canela) will continue to bond. Their romance could officially kick off soon enough. Across town, Nick (Joshua Morrow) and Sharon (Sharon Case) will decide what’s next for their love lives. Will they accept their destiny or stick to friendship?

Let’s hope “Shick” will officially get a new beginning. Of course, there should be trouble in paradise once the truth about J.T. is exposed! That revelation’s coming up down the road, so stay tuned. We’ll give you updates as other Young and the Restless news emerges. Stick with Y&R and don’t forget to check CDL often for the latest Young and the Restless spoilers, updates, and news.