BY Marcy Cohen on May 4, 2018 | Comments: 3 comments
Related : Soap Opera, Spoiler, Television, The Young and the Restless 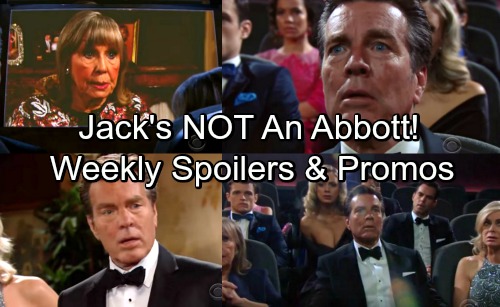 The Young and the Restless (Y&R) spoilers for the week of May 7-11 tease that an exciting night’s coming up for the Abbotts. Jack (Peter Bergman) will want to make Dina (Marla Adams) feel like a movie star on her special night. He’ll rent a theater so the whole family can dress to the nines and attend the official premiere of Dina’s interview.

Jack will want this screening party to be a fun experience for the Abbott clan, so he’ll really do it up right. He’ll feel like everything’s going his way this week. Y&R has to put Jack on cloud nine so he has further to fall! Jack will even believe Kyle’s (Michael Mealor) settling down, but he’ll obviously be mistaken about that. Kyle just gave Victor (Eric Braeden) serious ammo and that can be good news. 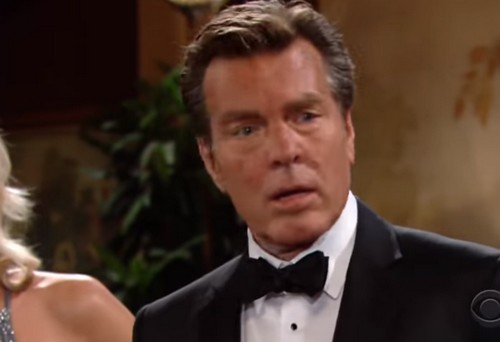 Before the screening bash gets underway, Charlie (Noah Alexander Gerry) will drop off the finished product. He’ll suggest that he wasn’t satisfied with simply putting the clips together. Charlie will point out that Dina deserved a real film, so that’s what he’ll hand over.

Jack and some of the other Abbotts will get a sneak peek of what’s to come. They’ll absolutely love how Charlie put it all together. Jack will tear up once the video’s over. He’ll be excited about debuting this on the big screen. Jack will think Dina and the other party guests will be just as moved by it. 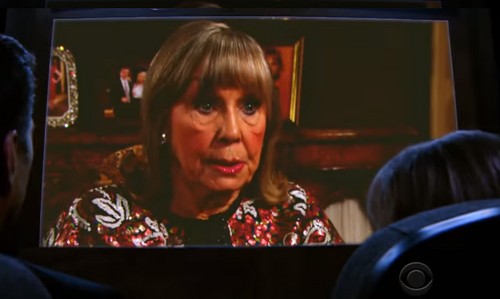 Unfortunately, the screening party will come with a major twist. The Young and the Restless spoilers say a different cut of the interview will be played. This one won’t have Dina’s paternity confession edited out! As Dina admits Jack isn’t John’s (Jerry Douglas) son, jaws will drop around that theater.

Jack will be stunned by this bombshell, but you can bet he’ll be skeptical at first. After all, Dina makes stuff up all the time. However, Ashley (Eileen Davidson) and Abby (Melissa Ordway) may mention their DNA test findings. Jack can probably make them come clean if he senses that they already knew.

Naturally, Jack will also wonder who publicly exposed this secret. Who will alter the interview to hurt Jack? Will Kyle or Victor be to blame? Could it be someone else instead? We’ll give you updates as other Young and the Restless details emerge. Stay tuned to Y&R and don’t forget to check CDL often for the latest Young and the Restless spoilers, updates, and news.