The Young and the Restless Spoilers: Y&R Star Updates Fans on Father’s Status After Terrible Accident 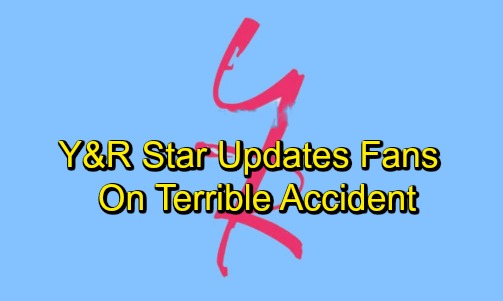 The Young and the Restless spoilers is pleased to report a positive health update about the father of a popular Y&R star. Daniel Goddard, who portrays Cane Ashby on the CBS soap, posted an update on his social media accounts about his elderly father’s status following a recent fall.

On September 29, Daniel posted a photo of his father unconscious in a hospital bed with multiple bruises to his face and arms from the fall. He asked for prayers from his followers and received an outpouring of support and well-wishes at the time.

Since that post, Daniel has provided a couple updates. First, on October 2, Daniel posted a photo of his father sitting up in bed and looking much better than in his original post. “After 3 emotional days, the bleed on my dad’s brain has stopped and he is now conscious and talking. Thank you from the bottom of my heart to everyone for your thoughts, love, and prayers! I don’t have the words to tell you how much it has touched my entire family!”

Then, on October 12, Daniel posted another photo of his father with the following message: “My dad is leaving the hospital! Thank you for all your love and prayers.” Daniel’s followers again have responded in droves to his message and have offered their congratulations and offerings of support.

Daniel frequently posts photos and updates about his family, so we’ll probably see more news about how his   dad is doing after he returns home. We’re glad to see his dad improving and responding well to treatment and hope that he continues to improve.

We wish Daniel’s father the best as he heads back home. Stay tuned to the CBS soap and don’t forget to check CDL often for the latest Young and the Restless spoilers, updates, and news.

My dad is leaving the hospital! 😊 Thank you for all of your ❤️ & 🙏🏼 pic.twitter.com/BBE8h2kyBW