The Young and the Restless Spoilers: Y&R Teases Villy Reunion – Will Victoria Have A Problem With Billy’s Summer Hookup? 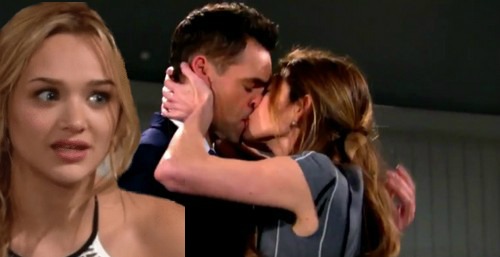 The Young and the Restless (Y&R) spoilers tease that all recent shots that show retro couples interacting could be a wink that any of the duo’s are getting back together. Then again, no previous pairing could.

The remarriage fail doesn’t necessarily mean that Sharon and Nick won’t still get remarried. Y&R is openly keeping this realistic possibility alive by writing Sharon and Nick into multiple scenes.

Yes, Sharon has told Nick directly that they’re over. But the J.T. (Thad Luckinbill) coverup crew reveal is yet to play out, which leaves the door open, more than a crack, as Nick will assuredly be there for Sharon when that happens.

However, Nick and Phyllis are also a surprise renewal pairing. Among all devoted fans, it would be hard to prove that Phick has more fans than Shick. But, for reasons that might relate to longterm strategy, or simply Mal Young’s penchant for showing Phyllis having sex, TPTB have created a scenario where Nick and Phyllis are now single. The founder of Dark Horse and the new Chief Executive Officer at Jabot join forces carnally on this week’s new Y&R episodes, November 5-9.

Jack has been single for awhile. He expressed his renewed interest in Phyllis months ago. Since then the former Phack have grown closer, proving that all remnants of the animosity are gone. This option could remain an alternative for Phyllis, even if after she reconnects with Nick.

Finally, as is always true, Vickie and Billy remain in love. Whether that results in Villy Part Umpteen remains unknown.

Being linked through children will forever sustain the potential of another Villy reunion. Katie (Sienna Mercuri) is their biological child. Johnny (Ryan and Holden Hare) is the boy Vickie adopted, with Chelsea’s (Melissa Claire Egan) consent. That selfless act reinforced Vickie’s true love.

The unresolved elephant in the room involving the J.T. horror show will keep Vickie reeling until all is resolved. Hopefully justice won’t result in her being behind bars, though a prison ceremony isn’t out of the question for this often-couple.

Billy used Summer (Hunter King) to wrong Phyllis. Might eventual knowledge of that information color Vickie’s feelings if Billy renews attempts to reconcile? It would be hard to bet against another Villy go-round.