BY Annemarie LeBlanc on February 6, 2018 | Comments: Leave Comments
Related : Recap, Television, This Is Us, TV 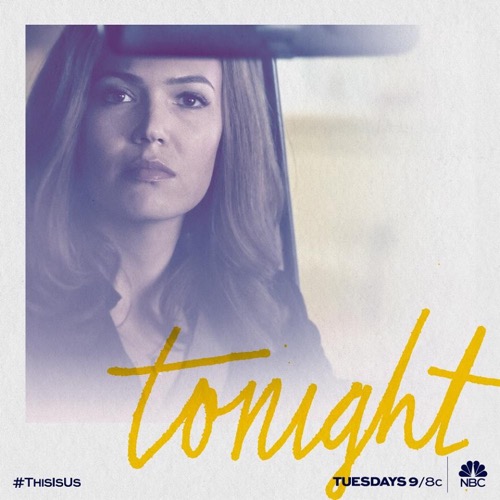 Rebecca and Jack are car shopping with the kids. Rebecca is worried about money. Jack barters for a Wagoneer. The kids are excited.

Kate drives the kids in the Wagoneer to Jack’s funeral.

Flashback, Jack, and Rebecca are taking the kids to a concert. They are about to cross a bridge. Rebecca is afraid of bridges. Jack grabs her hand. The traffic is backed up which gives her anxiety. The whole family tries to distract her as they wait to cross.

As they ride to the funeral, Kevin has trouble tying his tie. Randall remembers when his dad taught him.

Jack and Rebecca get into the car after leaving the hospital. Rebecca has been dizzy all week. They are waiting for her MRI results. To distract her, Jack takes her to his favorite tree. Jack tells her that he knows she will leave forever. They are not going to get bad news. They get a page and call the hospital. Rebecca finds out she is fine. They talk about death. Jack wants to be outside when he dies. He doesn’t want to be put in the ground.

Rebecca and the kids arrive at the cemetery. They are an hour early. Rebecca wanted to be there when Jack arrived. They sit.

The funeral starts. Rebecca tries hard to stay focused but her mind keeps drifting. At the end of the service, she assists she will take Jack’s ashes in her car to the reception.

Jack teaches Kevin and Randall to drive. The two boys start fighting. Jack makes them get out and walk home. When they arrive there Jack tells them about him and his brother. They were close. They had to look out for each other. Their dad was a drunk. He tells them that he and Rebecca won’t be around forever.

At the funeral reception, Kevin gets mad at Randall for wearing their father’s watch. Rebecca leaves to get some air.

Jack picks Kate up at a bus stop. She is skipping school to go get an autograph of Alanis Morisette. He tells her to get in the car. She thinks she is in trouble. He brings her to the record store while they talk about her dream of becoming a singer.

Kate wakes up and sees her mother. They talk about Jack and how he died of cardiac arrest.

At the funeral reception, Kate is outside getting air. Her and Jack’s doctor shows up. She is happy to see him and the wife. The doctor’s wife gives them a minute. Rebecca is mad at herself that she wasn’t there when he died. She cannot do this without him. He assures her that Jack had fears just like she. But she is tough and she can make it. She can do it.

Rebecca goes inside and tells the kids they are leaving. They all get in the car and head to the tree where Jack brought Rebecca. They talk and cry. Rebecca tells Kevin and Randall that they don’t need to be the man of the house. She tells Kate she cannot blame herself. They all sprinkle his ashes. They decide they should go to Bruce Springsteen. Jack bought them all tickets.