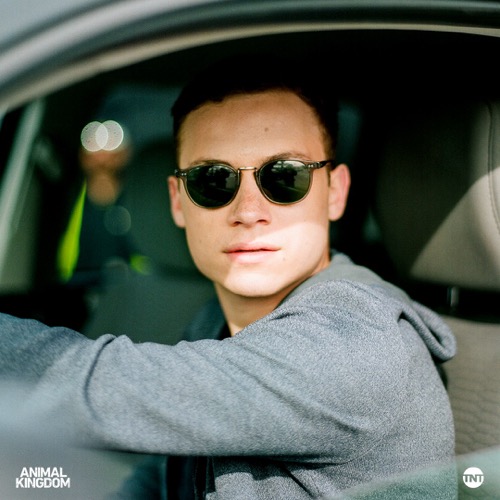 Tonight on TNT Animal Kingdom airs with an all-new Tuesday, June 4, 2019, season 4 episode 2 and we have your Animal Kingdom recap called, “Angela,” below. On tonight’s Animal Kingdom season 4 episode 2 as per the TNT synopsis, “When 17-year-old Joshua “J” Cody moves in with his wild, free-wheeling relatives in their Southern California beach town, he is pulled into their life of indulgence and excess. But after “J” discovers it’s all being funded by criminal activities.”

Tonight’s episode of Animal Kingdom looks like it is going to be great and you won’t want to miss it, so be sure to tune in for our live Animal Kingdom recap at 9:00 PM ET! While you wait for our recap hit the comments and let us know how excited you are about the season 4 episode 2 of Animal Kingdom.

Pope hasn’t been the same since he gave up custody of Lena. Lena was his niece and he loved her, but he knew he wasn’t right for her because he blames himself for what happened to her parents. Baz was killed by Smurf and Smurf basically prodded Pope into killing Catherine. Lena was never the same after she loss both parents and so she needed a fresh start. Her foster family were good to her and being with a stable family for once was also going to be good for her in the long run. Lena was better off than she was with the Cody family and that’s the part that hurts Pope the most. He wished he could have been enough. He tried to do it on his own and she suffered for it. Lena was acting out in school and was bound to hurt someone when Social Services took her away.

Pope didn’t figure out until afterward that the system found the best solution for her. Lena was going to stay with her family and will no doubt what to adopt her. She could drop the family name that carries with it so much baggage and starts over. Pope had wanted that for her but living with it wasn’t easy and he blames himself as much as he blames Smurf. Smurf didn’t care about Lena. Not like the Pope did and he knew that Smurf would use the little girl to get to him. Its why he took that power away from her. He gave up custody of Lena and he promised his mother that she would have his utter devotion. Pope now does whatever Smurf says and that now includes MMA fighting which brought out the violence in him.

Pope has always been violent. It usually lies right below the surface with him and that’s changed since Smurf came out of prison. She pushed Pope’s buttons and shuts down the conversation whenever someone shows concern for what’s happening with him. Pope was her mad dog and she likes him that way. She didn’t care that he was losing it or that he was a risk on jobs, but then she doesn’t truly care what’s happening anymore. Smurf signed away her businesses to her boys and she only receives her fair share of the cut. Smurf takes a portion and she can’t even decide how the money is cleaned. So, yeah, she was never going to be happy with that. Smurf was a boss and one or another she was going to push herself back to the top.

Its how she got started. Smurf joined a crew by sleeping with a guy and getting him to get her in, but then she began watching the people were actually running things and she slowly took in the lessons. She learned that a boss sometimes has to put one of their own down as a lesson and that she could only rely on her “boyfriend” for so long. Smurf didn’t get to the top by being dumb and by keeping Pope as a destabilizer with the crew she was able to manipulate things. She was also making some money on the side. Smurf has been making bets based on Pope’s fights and its earned a pretty penny. Smurf also knew she gets great fights out of Pope when she riles him and so she’s been doing that to keep him unstable. Which works both in the ring and with his brothers.

Craig and Deran have noticed that something was up with him. They tried to talk to Smurf about it and when that didn’t work they turned to each other to come up with a solution. The boys knew they needed to do something before Pope gets himself killed or worse gets them all killed. The only one that doesn’t seem to notice what’s going on is J. J doesn’t care about anyone in the family and he was just using them to get his hands on their empire. Its why he stole several properties from his grandmother and cashed them in to start purchasing his own businesses. J now owns a bowling alley and he has Mia operating it for him because he thought he could trust. And that lasted right up until he found her foster brother in his office.

J has never met Tupi before seeing him a little too close to his safe. He told Tupi to leave and then he warned Mia that he never wants to see any of her people in his bowling alley again. He didn’t want anyone from her crew to know about his side business. Especially as he used his safe there to hold all of his family’s money until they can get it properly cleaned. J knew something was up with Tupi, but Mia promised she wouldn’t let anyone else know about the place or their relationship and meanwhile she’s been screwing both J and Tupi. Tupi came back and he wanted to steal the safe. It had been Mia that put him off and she said that if they waited a little longer than they could make a lot more money.

J didn’t know he was being played. He was thought he was too smart for a little thing like that and he’s been making mistakes left, right, and center. J underestimated Mia and there was a detective sniffing around about Morgan Wilson. She was the Cody family’s lawyer and J killed her when he realized he could blame her for the missing properties. J tried to make Morgan’s death look like an accident and unfortunately Homicide division was now on to him. J frequently met with Morgan to discuss business and he was seen at the beach the same time she disappeared. J claimed he went fishing to Detective Andre and then Andre showed up later at the house. He left his card with Smurf and so Smurf demanded to know why the cops were interested in her grandson. J explained how Morgan’s death was deemed suspicious and the cops thought he was behind it.

J knew that Smurf was probably putting the pieces together herself, but he failed to detect that the cop had been a fake. Detective Andre was retired and he was also an old friend of Smurfs. She got him to put on a suit and scare her grandson. She told her old friend that she just wanted to teach J a lesson and in truth, she wanted to rattle J. J killed Morgan and before Smurf had only suspected he did. She now knows better and she told J that she got the cops off his back by bribing the coroner. Smurf kept her hands clean and no one suspects that she was manipulating all of them. The one person she couldn’t fool was perhaps Angela. Angela was an old friend of Julia’s (Josh’s mom) and she just got out of prison.

Angela didn’t know that Julia was dead until she came to the house and Smurf told her. Angela wanted to know what happened to J, but Smurf gave her a hundred dollars and hoped Angela would go off to do drugs. Angela instead pocketed the money and came back when Smurf wasn’t home. She then got to Pope alone and Pope welcomed her back. He even invited Angela to stay at the house and there was nothing Smurf could do about it.

Smurf also didn’t know that Frankie was back in town or that she has a job for the boys.

Smurf thought she was so clever and the truth was these women were running circles around her.

Maybe Smurf was just getting old, but she later collapsed and there might be something seriously wrong with her.