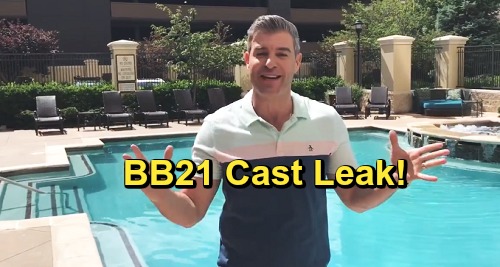 Big Brother 21 (BB21) spoilers tease that a cast announcement is only days away. Until the official cast reveal, the BB21 fans cannot help but talk about who they think will make the cut. A Twitter user, BB21 Spoilers, claims to have the intel on who will enter the house.

Immediately after hearing the buzz, BB21 fans were excited. It’s been years since Cody and Johnny Mac have been seen on the show. They were both wildly popular, so the BB fandom would love to see them reenter the house this summer.

Fans Most Excited About Vanessa Russo

As for Alex, her name got mixed reviews. She was a controversial player. One that had her following, but she also had many Big Brother fans that couldn’t stand her.

Arguably, the person the social media fans were most excited about was Vanessa. She nearly won the game during Season 17. She played a flawless game until she was outsmarted and then ousted in third place.

While this list is not confirmed by CBS, the leaker said that four of the six names would enter the house. Apparently, at some point, America could have a say in who earns a spot to win the money this season.

One thing that CBS did confirm today was Jeff Schroeder would be returning to interview the house guests before the enter the house. He teased that he would return to do the long interview with each house guest after he or she is evicted as well.

As a whole, Big Brother 21 fans were thrilled to hear Schroeder is back for more Big Brother action. The cast reveal is coming soon. According to Jeff Schroeder, Monday, June 17 at 8 a.m. PST, he will unveil the cast and interview each one.

Only seven days until  BB21 fans will finally get their first look at the cast for the new season, Do you want any vets this year? Would you like an all-new cast? Don’t forget to come back to CDL later for more Big Brother 21 (BB21) spoilers, news, and casting updates!

He's back! Meet the new Houseguests in ONE week with @jeffschroeder23. ?? #BB21 pic.twitter.com/A09cjCluxn