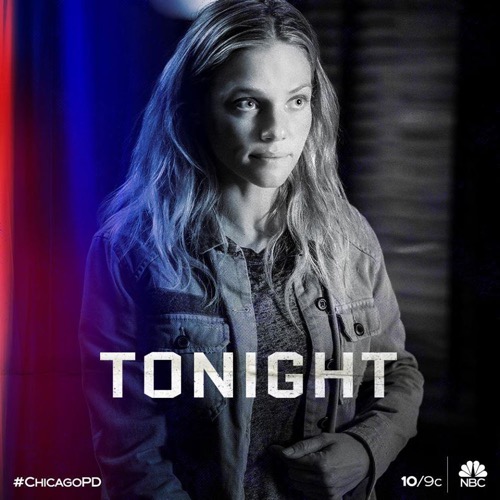 Tonight on NBC their drama Chicago PD returns with an all-new Wednesday, November 6, 2019, season 7 episode 7 called, “Informant,” and we have your Chicago PD recap below. On tonight’s Chicago PD season 7 episode 7 as per the NBC synopsis, “Voight pulls Darius in after Crawford asks Intelligence to investigate a dangerous drug, but there is little trust in the relationship.”

A turf dispute ended in death. Two deaths in fact. One body belonged to a seventeen-year-old who was dealing on the corner without permission and the other body belonged to another seventeen years old who tried to teach his fellow young man a lesson. The two kids ended up shooting each other dead over this one corner. It wasn’t right and the police wanted to stop something like that from happening ever again. Now, this case would normally have gone to Narcotics. They were the ones in charge of running down drug deals and it came as a surprise to many when the division was taken off of this one case.

Someone in the higher-ups thought Intelligence should run this one. The kids that killed each other were nothing new and so this was an Intelligence case because of what those kids were selling. They were selling Carfentanil. It’s much harsher to kick than fentanyl and it seems to have flooded the market recently. The drug was practically everywhere. People that didn’t normally snitch were now talking to the police because they wanted this carfentanil gone. Intelligence even received credible tips because of this drug and so they needed someone they could use to contact the drug dealers.

Upton had a great CI for the job. She flipped Cam when he was a teenager and he fell in love with being an informant so much that now he does it for everyone. The FBI, the DEA, and CPD. Cam loves all those letters because he makes a living from being a snitch. He quickly met up with Upton when she called and he arranged things with her. Upton was going to be introduced to his “friend” Book. Book was a drug dealer. He claimed to be dealing in the new stuff and so Upton (who pretending to be a drug dealer herself) had agreed on a price to buy from him. It was supposed to be a simple job. Upton was supposed to get the drugs from him and then arrest him for it.

What she didn’t count on was Book changing the script. Book made her get into a car with him and Cam and he told her that they were going to get the drugs from a friend. It turns out this friend wasn’t really a friend. Book gets his drugs by stealing them from other people and he rammed a car off the road this time because he knew the drugs were in the trunk. Book was even proven right when he found those drugs. He just split the bag as he was grabbing for it and so the carfentanil went everywhere. There was so much of the stuff that Book began to overdose just by breathing the drug in.

Book also wasn’t the only one exposed. Cam and Upton had been close to the drug explosion and, while they did their best to save his life, they also had to worry about themselves. It seems Book had planned on using them as cover. Then he was going to kill them after taking their money and framing them from the drug heist. It was a perfect plan. It would have worked too if Book hadn’t overdosed on the supply and that wasn’t all. There had been other people that knew about Book’s plan. The guy that ran the neighborhood had known. He had been one of the few people to give tips to Intelligence and so Voight wanted to know what the hell was going on.

Were Voight’s people set up to take the fall? Voight didn’t know and that’s why he went asking questions the way he usually does. He threatened his way forward. Voight arrested his former source and some time in a cell got Voight answers. He heard from Darius that the real dealer behind the carfentanil was someone named Mackie. Mackie wasn’t going to accept new people. He needed an introduction and so Darius agreed to arrange it. He was going through the plan with Upton and Halstead when out of nowhere Cam showed up. Cam had still wanted to work the case. He was so used to being a CI that he demanded to be part of the action and Upton was forced to cut him loose.

Cam might as well have blown his cover. He went to the police station in the middle of the day and he was seen. Cam couldn’t work anymore with his cover blown. He tried to convince Upton that he was still good and so he refused to accept his own dismissal. Cam continued to work the case. This time without Upton’s approval and so he later called her a bunch of times with a tip. Cam had wanted to tell Upton something about Darius. He saw Darius at the police station and he knew that Darius had replaced him as the CI. And whatever he was going to say seems to be connected to Darius.

But Cam never got the chance to say it. Cam was a showdown and killed right in front of Upton because all he was trying to do was give her a tip. In other words, Cam basically died for nothing. He never revealed his tip. He also didn’t leave behind some dying words that would have helped solve his own murder and so it all fell on Upton. Upton tried to arrest everyone involved. She caught up to the shooter and she saw for herself that he was merely a hired gun. He didn’t think for himself. He was ordered to kill Cam and Upton wanted to know by who. She later interrogated AJ Flores. She asked him why he killed Cam and she got nowhere with him.

Flores said that Cam deserved to die because he was a snitch. He didn’t reveal how he knew the information and he kept repeating the same line over and over again. Flores was a professional. He ran with a gang and he wasn’t going to break because of some interrogation. He knew better than to flip on anyone. It could spell a death sentence for him and so he stuck to his same line. He repeatedly said he killed Cam for being a snitch. He also had everyone besides Uptown convinced. She knew who was behind this. She knew it was Darius that did this and she was simply having trouble proving it.

Darius and Flores ran in different gangs. They had nothing to do with each other and the police also had eyes on Darius the whole time. He had had a forty-five-minute window to himself. He couldn’t possibly have concocted an elaborate murder for hire in such a short window and even Upton knew it. She just didn’t back down in spite of it. Upton knew Darius was responsible for Cam’s death and she was alone in believing so. No one on her team was going to side with her. They said Cam could have gotten burnt from anything he did and there was just no evidence corroborating Upton’s theory.

Voight also needed Darius. They later used Darius to make a bust in the carfentanil drug trade and they were able to do it without sacrificing Darius’s cover. Darius managed to walk away from the whole thing. He wasn’t going to be dragged down by anyone and so Upton was forced to accept it even if she knew the truth in her heart.