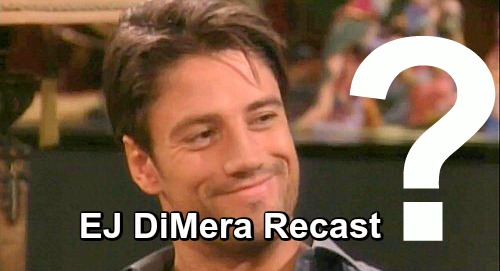 Days of Our Lives (DOOL) spoilers tease that we’ll soon see a serious DiMera shortage in Salem. Thursday’s episode marks the end of Billy Flynn’s run as Chad DiMera, which was a decision made by DOOL’s head writer, Ron Carlivati. Since Carlivati put Chad and Abigail Deveraux (Kate Mansi) through so much heartache, he just didn’t feel right about not giving them a happy ending.

In a recent issue of Soap Opera Digest, Carlivati confirmed that since Mansi only wanted a short-term stint as Abigail, Chad had to go as well. They just had to ride off into the sunset together. Of course, that leaves us without one dashing DiMera and his feisty wife. Stefan DiMera (Tyler Christopher) will be the lone DiMera wolf for a while.

Brandon Barash (ex-Johnny Zacchara on General Hospital) took over for Christopher in the role, but his work obviously hasn’t aired yet. Days of Our Lives spoilers say Barash’s lengthy stint is still to come, but it seems it won’t last forever. Word has it Barash is out as Stefan, which probably means they brought him in to finish any remaining storylines and ultimately decided to get rid of him.

Once Stefan’s exit hits the screen, that’ll leave us down another DiMera. Stefano DiMera (Joseph Mascolo) is gone and so is Andre DiMera (Thaao Penghlis). Even Theo Carver (Kyler Pettis), who also has DiMera ties, was sent to South Africa for a treatment program.

What’s with all the DiMera ditching? They’re a crucial Salem family, so we need at least one member to keep the DiMera legacy alive. Kristen DiMera (Stacy Haiduk) is coming back down the road, but she always stirs up so much trouble that she can’t stick around indefinitely!

This is why an EJ DiMera recast is so important. Days of Our Lives thankfully set that up during Sami Brady’s (Alison Sweeney) last stint. She was reunited with the love of her life, but Dr. Kayla Johnson (Mary Beth Evans) warned that EJ might not be recognizable after his bandages were removed. EJ will undoubtedly need extensive plastic surgery, so this can explain his brand-new face.

Many Days fans were hoping James Scott would reprise the role of EJ one day, but he seemingly hasn’t shown any interest. Sometimes it’s best for soaps to just let go and move on. It’s been a long time since EJ was featured on screen, so DOOL viewers could surely get used to the new look.

EJ’s recovery has been a slow process so far, but he’ll get there. Still, he may not be quite the man he used to be. EJ could struggle to reconnect with Sami and even return to town alone. Days of Our Lives spoilers say EJ could fill the DiMera void at some point, so let’s hope for a solid recast and story.

Are you eager to see EJ make a comeback in Salem? We’ll give you updates as other Days news comes in. Stay tuned to DOOL and don’t forget to check CDL often for the latest Days of Our Lives spoilers, updates and news.