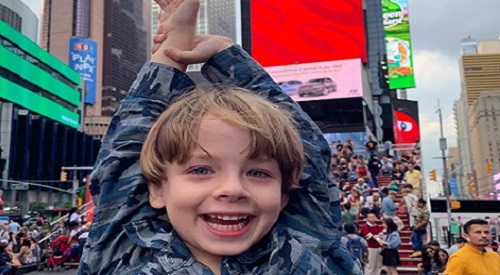 Days of Our Lives (DOOL) spoilers tease that reveal that one NBC soap star is saying goodbye. DOOL fans know Chad DiMera (Billy Flynn) and Abigail DiMera (Kate Mansi) returned to Salem after the time jump. It was revealed that they’d moved back home prior to Jennifer Deveraux (Melissa Reeves) waking up, so their kids are naturally in town, too.

However, Days has been finding ways to keep Charlotte DiMera and Thomas DiMera (Asher Morrissette) offscreen. They’re usually upstairs waiting to get tucked in or off playing somewhere. They even had the sniffles at one point to avoid a family gathering at the hospital with Jennifer.

Of course, many Days of Our Lives fans are eager to see the “Chabby” family together. The good news is Thomas and Charlotte will appear once again on December 24. The bad news is it’ll be Asher Morrissette’s last episode.

On Twitter, the adult who runs Morrissette’s account posted a message for him. The tweet said, “Look for me on #Days on Christmas Eve. It will be my farewell to Thomas but not yours. What an amazing experience this has been!”

Morrissette will be leaving Days of Our Lives behind, but a Thomas recast will eventually debut. There’s a good chance the show wants to age the character just a bit since they already aged Arianna Horton (Sydney Brower) and David Ridgeway (Caleb and Kyler Ends). As for Charlotte, she’ll already be an older version when she appears this Christmas Eve.

It’s odd that DOOL chose to include Morrissette’s Thomas one more time, but perhaps there were casting hiccups that resulted in the decision. Regardless, Morrissette is adorable and fans will enjoy his final scenes as Thomas – which will include reading a story with Daddy. Days of Our Lives spoilers say Chad will spend time with the kiddos during all the holiday festivities, so that’s something to look forward to.

It turns out Kassie DePaiva (Eve Donovan) will also exit this Christmas Eve. Days viewers will want to tune in for these farewell performances! We’ll give you updates as other details emerge. Stay tuned to DOOL and don’t forget to check CDL often for the latest Days of Our Lives spoilers, updates and news.