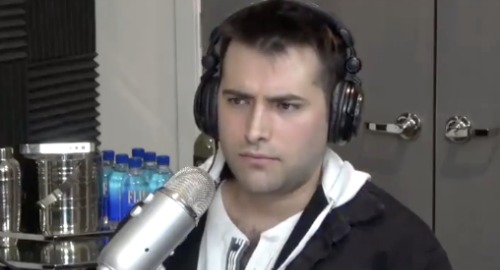 Days of Our Lives (DOOL) spoilers has some news to pass on about the recent reports that surfaced earlier this week about the upcoming DOOL hiatus and the fact that the DOOL cast was released from their contracts. The reports got a lot of press and there were several sensational headlines about the cast being fired and the show being canceled, which got a lot of fans worried about the future of the show.

Several DOOL stars have spoken out about the headlines, with clear messages that “we’re still here” and that the show has not been canceled. In fact, as CDL previously reported, both Kristian Alfonso (Hope Brady) and Chandler Massey (Will Horton) spoke out on social media reassuring fans that the show was not canceled that the planned hiatus was simply that – a hiatus.

Well, recently, Freddie Smith (Sonny Kiriakis) spoke on his podcast “The Freddie & Alyssa Show” about the situation, to clear things up. He noted that many of the media reports that had stated everyone on the show had been fired were “click baity” and had stirred up a lot of anxiety. Of course, it’s true that the cast and crew had to be released from their contracts for the hiatus to occur – because that’s what a hiatus is.

Freddie said the following: “So from what the article said, I think TMZ and all these people picked it up…they were saying that everyone was fired. I guess technically everyone was fired. It was just a better click baity title. So congrats to the mega media companies who know exactly what they are doing. We technically all were fired, but that sounds negative… Our contracts were just all ended because they want to save money.”

Freddie continued: “So for them, cancelling the contracts of 30 series regulars and then with the crew…if I had to guess, like they’re going to save a couple million dollars, so if that couple million dollars is what’s going to help negotiate to get us picked up for another year, like every year they’re doing something to trim the budget…no one seems nervous.”

Freddie went on to explain that DOOL has recently built new sets and that the show is investing money in itself, which is something TPTB wouldn’t do if the show was never coming back. He also pointed out that it wouldn’t make sense for the show to have recently launched a new web series (Chad & Abby In Paris) and dropped “all this money” on the recent Day of Days if the show were going away.

Freddie continued by saying, “It’s a complicated thing, but I think we’re going to come back, I’ve heard as early as January 15th and as late as April 1st.” He then went on to explain that the four remaining soaps (B&B, Y&R, DOOL, and GH) have learned something since the last big round of soap cancellations, and he stated that “The Days numbers are great” and that, in his opinion, they’re not going to cancel Days and be able to replace it with something that gets millions of viewers.

At any rate, this sheds some light on the situation. It’s noteworthy that the cast and crew appear to be optimistic about the show’s future and pretty clear that the planned hiatus is not something that’s sparking fear in them about a possible cancellation.

What do you think about Freddie’s explanation of the situation? Stay tuned to DOOL and don’t forget to check CDL often for the latest Days of Our Lives spoilers, updates, and news.

Hope this makes you all feel better! pic.twitter.com/cDATeqrGYN