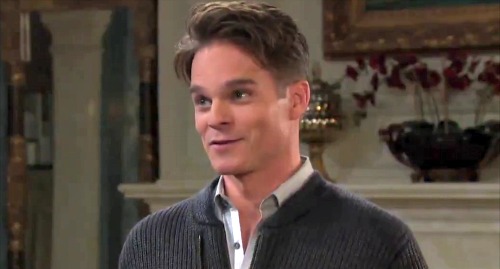 Days of Our Lives (DOOL) spoilers reveal that one complex villain has wrapped his run at the NBC soap. Whether you love Leo Stark (Greg Rikaart) or hate his guts, he’s certainly stirred up some fun trouble in Salem. Leo even left Will Horton (Chandler Massey) with a dark curse as a parting gift, although we expect he was really just blowing smoke.

Still, this complicated character has been delightfully outlandish at times and downright annoying at others. Perhaps that’s exactly how someone like Leo should be! Regardless, Leo’s time on Days of Our Lives has come to an end – at least for now.

DOOL certainly seems to enjoy bringing villains back for short stints here and there, so there’s always a chance Leo will come back down the road. However, Greg Rikaart wanted to take a moment to confirm his departure and express his gratitude. It’s clear that Rikaart had a blast playing Leo, and it really showed in his onscreen performance.

“That’s a wrap on Leo,” Rikaart said. “Thanks for all the love. Playing this role has been a gift. An absurdly fun and delicious gift.” Despite Leo’s ruthless tactics and constant quest for cash, he had some Days fans feeling sorry for him after all Diana Cooper’s (Judith Chapman) lies. She really messed her son up, so it’s easy to see why Leo is the way he is.

Leo was obviously crushed to find out John Black (Drake Hogestyn) wasn’t his true father, so that also made some viewers sympathetic. Of course, most Will and Sonny Kiriakis (Freddie Smith) fans may not agree. Leo has made their lives a nightmare for months, so let’s not go crazy with the sympathy here!

Nevertheless, Leo was a tortured soul who probably just needs some real love. Maybe he’ll find it someday or maybe he’ll just keep coming back for more Salem tormenting. The latter would be more entertaining! Then again, Rikaart also has a role as Kevin Fisher on The Young and the Restless. He hasn’t reprised it in a while, but maybe a return stint could be brewing over there.

Y&R is currently making big cast changes, so this is the perfect time for Rikaart to slide back in the story on the CBS soap. Whatever the case, Days of Our Lives spoilers say Leo’s current round of torture is done, so this is goodbye for now. We’ll give you updates as other Days news comes in. Stay tuned to DOOL and don’t forget to check CDL often for the latest Days of Our Lives spoilers, updates and news.

That’s a wrap on Leo. Thanks for all the love. Playing this role has been a gift. An absurdly fun and delicious gift. #DAYS