BY hellodrdavis on January 27, 2019 | Comments: one comment
Related : Days of Our Lives, Soap Opera, Spoiler, Television 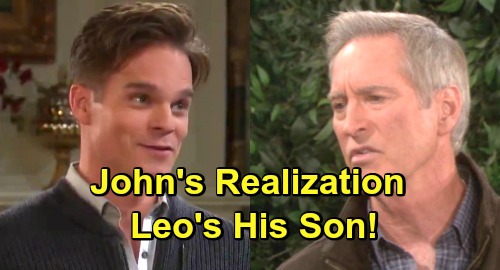 Days of Our Lives (DOOL) spoilers tease that John Black (Drake Hogestyn) will be shocked when he suddenly runs into a past love. Many years ago, back when John believed he was Roman Brady (then portrayed by Wayne Northrop), he had a relationship with Diana Colville (then portrayed by Genie Francis). That relationship occurred after the presumed death of Marlena Evans (Deidre Hall).

Well, Diana is coming back to Salem in a very big way. Her last name will have changed to Cooper, and she’ll be portrayed by Judith Chapman. And she’ll also have a connection to a current Salem resident…she’ll be Leo Stark’s (Greg Rikaart) mom.

John will run across Diana when he goes searching for Leo’s mom at the request of Will Horton (Chandler Massey) and Sonny Kiriakis (Freddie Smith). Will and Sonny desperately want to be together, and they’ve got to find a way to get smarmy Leo out of their lives. They’re hoping that his mother holds the key to get what they want. 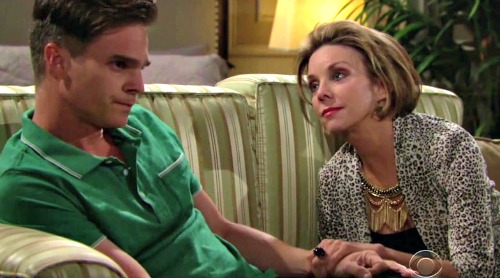 Won’t John be in for a surprise when he encounters Diana…someone he hasn’t had contact with since the late 1980s. A lot will have changed in the intervening years. John’s no longer under the belief that he’s Roman, and Diana will have had a son who’s just about the age you’d expect him to be if he belonged to John.

According to Days of Our Lives spoilers, John will feel that he needs to confide in someone about this potential new development in his life. He’ll probably think that it will be too delicate of a topic to broach with Marlena just yet, so he’ll bend Roman’s ear. He’ll tell Roman all about his relationship with Diana and how he’s concerned that he may have yet another son.

Of course, Leo will probably want nothing to do with John, and he may not even know that John could be his father. But knowing John, he’ll want to forge a relationship with Leo if it turns out that they are father and son, which could prove to be difficult.

Do you think that Leo will turn out to be John’s son? Stay tuned to DOOL and don’t forget to check CDL often for the latest Days of Our Lives spoilers, updates, and news.