Days of Our Lives Spoilers: Another DOOL Star Exits – See Who Else Is Leaving the NBC Soap 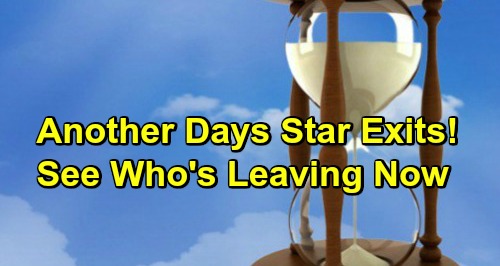 Days of Our Lives (DOOL) spoilers tease that Ted Laurent (Giles Marini) will do his best to win Hope Hernandez (Kristian Alfonso) over. They’ve grown closer thanks to Ciara Brady’s (Victoria Konefal) latest crisis, especially since Rafe Hernandez (Galen Gering) was busy dealing with Sami Brady’s (Alison Sweeney) kids. Of course, Rafe is back now and will be eager to defend his spot in Hope’s life.

That means Ted will have his work cut out for him. He’s got some secrets in his past, so those won’t help matters. Hope will be troubled by something that’s revealed next week. Rafe will also get into a heated confrontation with Ted on March 5. He’ll be upset about the moves Ted’s been making on Hope, so he’ll want to lay down the law.

Ted may or may not be successful in breaking “Rope” up, but one thing’s for sure. Days spoilers say Ted won’t have a lengthy future with Hope. According to a reliable DOOL insider, Giles Marini is no longer filming. His departure should be at least a few months away, but it looks like Ted is indeed on his way out.

This news make sense considering the show’s been doing some cast cuts lately. Expendable characters have to go, so Ted is an easy choice. Marini is a perfectly fine actor, but Ted just doesn’t add much to the canvas. Some Days fans out there will miss him, but not like they would if a major character left.

Once Ted’s story with Rafe and Hope wraps up, Days of Our Lives spoilers suggest he’ll be headed for the exit door. It’s possible Ted will get a real story to make that happen. He could be implicated in something with Leo Starke (Greg Rikaart) since Diana Cooper (Judith Chapman) had an adverse reaction to his name. Ted might go on the run or end up in prison for his actions. He could even be killed off.