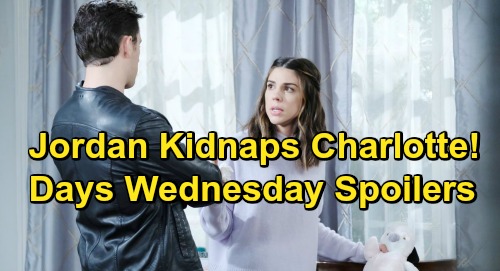 Days of Our Lives (DOOL) spoilers for Wednesday, February 6, tease that Jordan Ridgeway (Chrishell Hartley) will reveal the reason for her late-night visit to the Horton home. She surprised Abigail Deveraux (Kate Mansi) by showing up out of the blue, but she’ll manage to shut down any suspicions. Jordan may claim she heard Ciara Brady (Victoria Konefal) was missing and wanted to get in touch.

Naturally, Abigail will let Jordan in and take a moment to catch up. Jordan’s been in Bayview, so she’ll lie about what she’s really been up to. Days of Our Lives spoilers say Jordan will shift gears and focus on Ben Weston (Robert Scott Wilson). She’ll insist that her brother is still incredibly dangerous. Jordan will likely blame Ciara’s disappearance on Ben again and wonder if Abigail agrees.

DOOL fans know Abigail had a tense run-in with Ben not too long ago. Just seeing his face was enough to rattle her. Ben once kidnapped Abigail, tried to kill her in a cabin fire, took off with Thomas DiMera (Asher Morrissette) and came back to torment her all over again eventually. He’s the reason for most of Abigail’s previous issues, so it’s easy to see why she wouldn’t forgive and forget.

Days spoilers say Jordan will back Abigail up on that. She’ll think Abigail’s wise to be wary when it comes to Ben and his mental state. Jordan doesn’t believe there’s any hope of rehabilitation. When she learns Abigail still lives in fear for herself and her children, Jordan will make a shocking move. Before she leaves the house, Jordan will swipe Charlotte DiMera from her crib and take her back to the cabin. 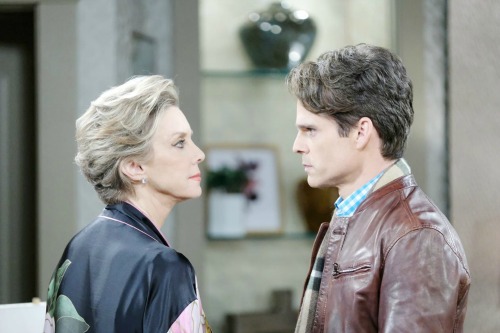 In the meantime, Ben will grow increasingly desperate. He’ll do whatever he can to discover some new leads and hopefully figure out Ciara’s location. Over with John Black (Drake Hogestyn), he’ll make a startling confession. Days of Our Lives spoilers say he’ll think there’s a chance Leo Starke (Greg Rikaart) is his son. John will make this admission to Roman Brady (Josh Taylor) and ponder the mess that would create.

Across town, Leo’s mom will want to talk about his deepest, darkest secret. It turns out Leo’s connected to his father’s death, so Diana Cooper (Judith Chapman) will hold that over him. Leo will start to sweat as he worries about what Diana might spill. His past could come back to bite him in a big way if he doesn’t stay in line!

It sounds like some fantastic scenes are coming up. We’ll give you updates as other Days news emerges. Stick with DOOL and be sure to check CDL often for the latest Days of Our Lives spoilers, updates and news.