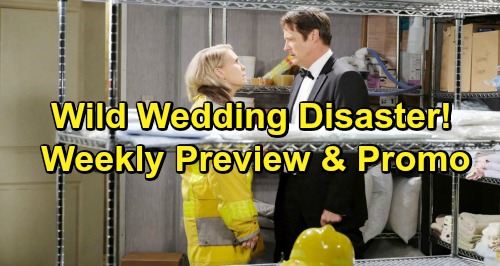 Days of Our Lives (DOOL) spoilers for the week of April 8-12 tease that some surprises are in store. First, Rafe Hernandez (Galen Gering) will shock Hope Hernandez (Kristian Alfonso) with a big decision. Jordan Ridgeway (Chrishell Hartley) will ask Rafe to take her baby in, so he’ll agree. Rafe just won’t feel like he can turn Jordan down when she has no one else to help her.

That means breaking the news to Hope, who won’t be on board. In fact, Hope will insist this isn’t happening – at least not for her. She’ll make matters worse by revealing that Ted Laurent (Gilles Marini) professed his love and asked her to leave Rafe. When Rafe learns Hope didn’t immediately reject the offer, he’ll naturally be upset about their fractured marriage.

Nevertheless, Rafe will decide he has to put Jordan’s kid first. Baby David is what’ll matter most to him, so he’ll tell Hope he’s moving out and will raise this child on his own if he has to. Over with Claire Brady (Olivia Rose Keegan), she’ll confess to starting the cabin fire. Days spoilers state that Claire will be frazzled and out of control, so she’ll just need to get this off her chest. 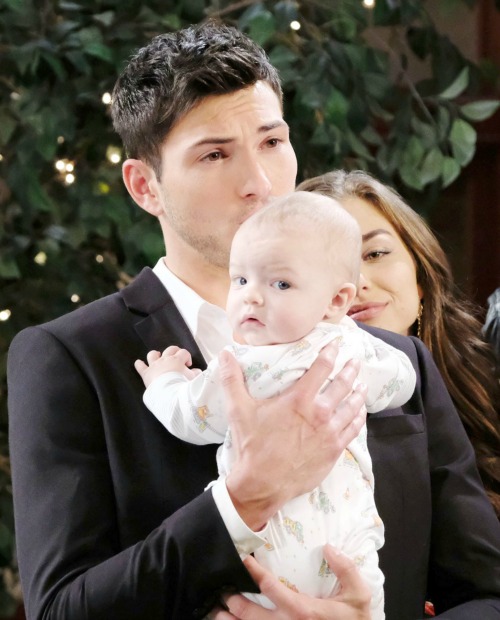 DOOL fans can expect Eve Donovan (Kassie DePaiva) to hear Claire’s admission. She’ll calm Claire down and promise they can fix this. Eve will think pinning the blaze on Ben Weston (Robert Scott Wilson) is the easiest solution. It just might be Claire’s only option, so she’ll determine that Eve’s right. Ben has to go down if Claire wants to stay off the hook.

Speaking of Ben, he’ll ask Ciara Brady (Victoria Konefal) to spend the night at his place. That should lead to some lovemaking eventually. Days of Our Lives spoilers say Ben will also meet his adorable nephew. He’ll immediately want to connect with David, but Lani Price (Sal Stowers) will put up a fight. She obviously won’t think a serial killer should be on babysitting duty anytime soon.

Lani’s obsession with David will leave Eli Grant (Lamon Archey) deeply troubled in the week ahead. He’ll confide in Abe Carver (James Reynolds) later and hope for some advice on how to handle this. At the hospital, Will Horton (Chandler Massey) will learn he has a brain tumor. He’ll need Sonny Kiriakis (Freddie Smith) to help him stay positive about the difficult battle he’s facing. 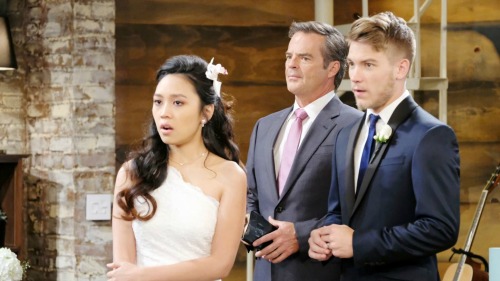 Back with Claire, she’ll have to make another recording that proves Tripp Dalton’s (Lucas Adams) marriage to Haley Chen (Thia Megia) is a sham. Once she’s got the proof, she’ll burst in the wedding with something to say! Eric Brady (Greg Vaughan) and Jennifer Horton (Melissa Reeves) will also plot to destroy some nuptials. They’ll try to stop Eve from marrying Jack Deveraux (Matthew Ashford), so major drama’s looming.

Jack will remember something from his past, so maybe Jenn’s mission will jog his memory a bit. Days of Our Lives spoilers say Jack will vanish right before the wedding, so you can bet Eve will be annoyed and concerned. Will Jack call the whole thing off thanks to Jennifer’s desperate move?

It sounds like some excellent episodes are on the way. We’ll give you updates as other Days details emerge. Stick with DOOL and don’t forget to check CDL often for the latest Days of Our Lives spoilers, updates and news.