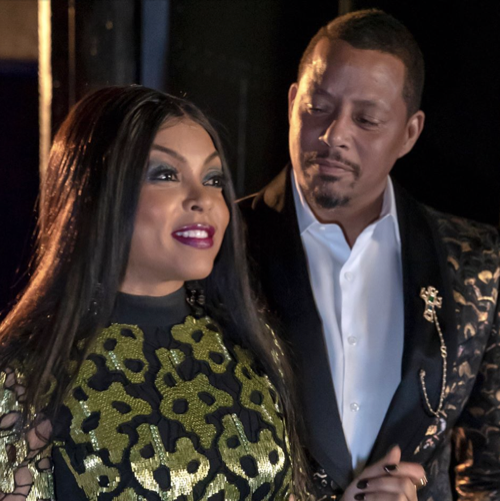 Tonight on FOX their blockbuster drama Empire airs with an all-new Tuesday, September 24, 2019, episode and we have your Empire recap below. On tonight’s Empire season 6 episode 1 premiere called, “What Is Love,” as per the FOX synopsis, “Lucious, who is now a wanted fugitive, is on the run from the Feds. Cookie keeps busy by focusing on her brand outside of Empire, which now includes a daytime talk show and a community center.

Andre, currently sitting on the Empire throne, is confronted by several people who now want to get in on the company and Hakeem sets his sights on the lead role in the first EMPIRE movie. Meanwhile, Becky and Giselle search for their first Bossy Media artist.”

Tonight On Empire is a prelude to Lucious being shot three times in the chest 9 months in the future, then to present-day Cookie is on a TV show being interviewed about her kids and is ambushed about how her family is run. Andre who is running things while Lucious is away is producing Empires first film and is coaching Charlie, the actor playing Lucious to have the same passion as his dad had in real life. Andre is visited by the FBI about his father’s whereabouts and they threatened to expose his father’s money laundering within Empire.

Somewhere in a bar, Lucious is in hiding with faux locks and sunglasses as he enjoys a performance from an aspiring songstress they head backstage flirting. Cookie and Andre, clash over Empires upcoming film she doesn’t feel it should be. Cookie and Becky reminisce over Cookie running Empire and they discuss her signing a new artist to her label Bossy, unfortunately, the artist doesn’t sign. Andre is visited by Mouse an old friend from his jail days who’s looking for a job. As Andres leads an office meeting with staff announcing new projects, in comes Tracy who announces that she is Empires co-owner leaving Andre and staff shocked, cookie apparently gave her shares in exchange for her son’s Kingsley’s heart who she donated to Andre.

Andre confronts Cookie upset that she did this while Tracey and Hakeem are all having dinner, Hakeem states he wants to play his father in the film Cookie agrees. The FBI hold a press conference outing Lucious money laundering causing problems for Empire, the upcoming Film, and their finances. Andre and surprises Cookie with a visit from Lucious so that they can figure out what to do for the company.Type a message here

Cookie and Lucious argue about what happened between her and Damon, they go back and forth about him being selfish to her and always thinking about himself. Becky continues to try to recruit new talent for her label Bossy and signs her first nee artist. Andre and Lucious discuss on how he should handle what’s going on with Empire and gives him reassurance that everything will be ok and it does as he wins over some financial investors for Empire. Mouse shows up to Andres house invited and it doesn’t sit well with him, he lets him know he has no job for him and it’s a tense stare off as he heads out, but not before making a subtle threat to Andre and his family.

Cookie is ambushed again on her talk show by her co-host who brings up her relationship issues between her and Lucious, she fights back tho standing her ground. Lucious breaks the news to his songstress girlfriend that he’s on the run and she offered her financial help to him so that he doesn’t flee and leave her. Giselle and Becky meet a there nee artist who has strange request before she can perform in front of them she wants them to turn around and the room dark, then she reveals she can only song in her bedroom a clear embarrassment and disappointment to Becky.

During an Empire press release Andre announced his permanent role as CEO, Hakeem makes the decision that he’s playing Lucious in the film. The plot twist as it’s revealed Lucious girlfriends father is his enemy, Damon. Mouse confronts Andre about his dirty secret about him killing someone in jail for Andre and threatens to expose it, they get into a fight and he chokes Mouse to death, meanwhile, Teri who’s carrying Andres child is having birthing issues and lays on the floor in a pool of blood coming from her stomach.