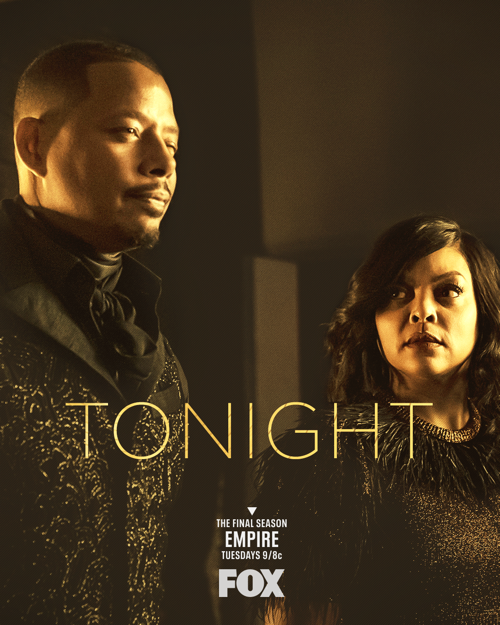 Tonight on FOX their blockbuster drama Empire airs with an all-new Tuesday, November 19, 2019, episode and we have your Empire recap below. On tonight’s Empire season 6 episode 7 called, “Good Enough,” as per the FOX synopsis, “After realizing music is her real first love, Cookie makes moves to get back into the music world and offers to throw an event to gain exposure for Bossy Media.

Meanwhile, Lucious tries to regain control of Empire by attempting to sabotage Andre’s vision for the company. Also, Hakeem feels threatened by DeVon’s strong bond with Prince and Bella.”

Tonight on Empire, Yana and Lucious discuss their past relationship, she wants to continue but Luscious tells her goodbye.

Teri tells Andre she plans on returning back to work, he feels it’s so soon for her to go back.
Cookie discussed her Miami trip on her talks show Tea talk and they show a video of the brawl they got into, and her co-host mocks her laughing at her but Cookie turns it around and says she’s free of Lucious. Cookie asks her publicist to give her a music segment on the show but they refuse it. During her therapy session, her therapist says she proud of the growth cookie is showing. Cookie is helping produce Hakeem’s album yin her effort to get back into her music roots.

Lucious announced Treasures album is number one during a meeting, but Andre reads an excerpt from a magazine calling her a Tiana 2.0 and introduces a new empire branch off looking for raw talent. Lucious didn’t think it’s a good idea and attempts to take Andres CEO role away from the company but Andre says he doesn’t have the authority since he’s a minority stakeholder in the company. Andre turns to Cookie for help but she says she doesn’t want to get in the middle of it but encourages him to tell his side of the story out to the world.

Giselle, Becky, and Tiana discuss their success with the tour she recently had. Cookie visits Becky’s company Bossy records and offers to help their company and put them on the map, she pitches a new show concept and for free she wants to do it

Tracy and Lucious have a meeting over lunch he asks for her support in taking Andres out of the company and she agrees only if he helps Philly Street be a producer. Lucious and Andre meet with the majority shareholder who is excited about Andres empire raw event and pushes it to go forward Lucious worries two weeks to plan an event like that is impossible , Andre persuades the shareholder to side with him in remaking the acting CEO of Empire saying that Lucious taking back control now would be bad publicity for the company and he agrees to keep Andre in his role of CEO and this upsets Lucious who wants Andre out.

Lucious tries to turn Treasure and Devon against Andre by asking them not to perform in his event.
Hakeem has issues with Devon being around his kids and wants Andre to send him on tour so he would be away but Andre refuses saying he needs to find another way to resolve the issue.

Tiana performs in the event Cookie throws in a park and does a good job so much so that Cookies talk show producers offer to give her a music segment.

It’s the night of Andres event Hakeems performs and dedicated his performance to his family. Andre realizes he’s may have a problem when calls his next act Treasure to the stage she doesn’t come out, and Lucious taunts him by winking at him in the crowd, Cookie is upset at Lucious for sabotaging Andres event and they argue she pushes Andre to tell the crowd who he is.

Andre goes on to tell the crowd a story of him losing his first child and other life events and even discussing his mental illness he tells the crowd he wants Empires new direction to let artist be who they are and express themselves creatively on their terms, Lucious joins him on stage and tells him he’s proud of Andre and wants to build empires new future together and they hug, Lucious then goes on to introduce Treasure to the stage and she performs. Cookie tells Lucious she is disappointed in him that he made Andres event all about him, Lucious goes to visit Yana at her home and wants to ask to talk to her.