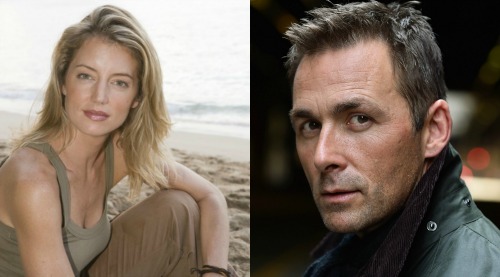 General Hospital (GH) spoilers reveal that a new Nina Reeves (Michelle Stafford) is headed to town. According to People, Cynthia Watros has been chosen to replace Stafford and will begin filming in early June. She’s already getting a warm welcome, including one from James Patrick Stuart (Valentin Cassadine).

In Twitter, Stuart sent out a quick message to let everyone know he approves of the choice. He included Watros Twitter handle and said, “Big fan.” The former Guiding Light and Young and the Restless star has been receiving praise from those who are familiar with her previous work. Many viewers think Watros will be able to pull off Nina’s unique vibe, even if she puts her own spin on it.

Of course, people who aren’t familiar with Watros work will just have to wait and see what happens onscreen. You never really know how things will go until someone debuts anyway. However, GH fans can hope for the best!

This recast is crucial since Stafford’s leaving Nina with unfinished business. Stafford’s Nina may be around to learn Sasha Gilmore (Sofia Mattsson) isn’t her biological daughter, but she may not be around to learn Willow Tait (Katelyn MacMullen) is her true flesh and blood – if she in fact is as most of us suspect. Watros will likely have to hit the ground running with some intense drama.

It’s great that Stuart seems to like the choice since he’ll be working with her soon enough. Naturally, Stuart hasn’t been shy about how much he adores Stafford either. Stafford and Stuart have always gotten along well as scene partners, so he was sad to hear about her impending General Hospital departure.

Shortly after the news broke about Stafford’s return to Y&R, Stuart expressed his heartbreak. “It’s all fun and games…. Until you lose Michelle Stafford,” Stuart said. When someone wondered what Stuart would do without Stafford, he simply replied, “Miss her.” These costars had a special bond, but it’s nice that Stuart’s on board with Watros as the new Nina. After all, the show must go on!

Watros seems like an acceptable choice to replace Stafford in this role. General Hospital spoilers say Stafford will still be around for some exciting story developments, but we can look forward to seeing Watros’ take on Nina eventually. We’ll give you updates as other GH details emerge. Stay tuned to the ABC soap and don’t forget to check CDL often for the latest General Hospital spoilers, updates and news.

A huge thank you to @TheRealStafford for bringing the role of “Nina” to life in 2014, we will miss you greatly! I’m excited to welcome @watroswatros to @GeneralHospital this summer who will take over the role! https://t.co/IRGSa35Wyx