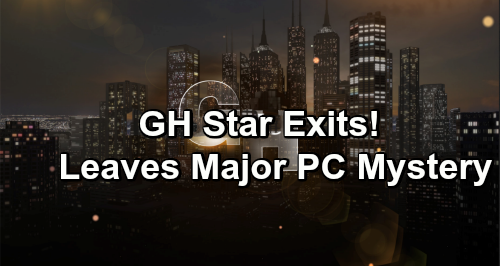 General Hospital (GH) spoilers tease that Shiloh Archer (Coby Ryan McLaughlin) will have one less follower to instruct at the Dawn of Day community home. He recently secured a confession from Daisy Kwan (Kelsey Wang). Daisy tearfully admitted that she was behind the obituary and the cryptic emails that were sent to Sam McCall (Kelly Monaco). She expressed deep remorse as she made her confession.

Daisy assured Sam that she was only trying to help, but Kristina Corinthos-Davis (Lexi Ainsworth) was furious. It shook her faith in DOD, but Shiloh was able to reel her back in by giving her Daisy’s position in the organization. Now Kristina is Dawn of Day’s ambassador, so she can recruit and fall deeper into Shiloh’s twisted web.

Where does that leave Daisy? Off screen and deep in reflection! Shiloh suggested that Daisy needed time on her own to devote herself to DOD’s principles again. General Hospital spoilers say Daisy will indeed be out of the picture for a while, but it looks like her story isn’t over for good. Daisy may end up getting back in this hot plot once things spiral out of control.

According to Soap Opera Digest, Daisy will “be off the canvas for now, but a show rep warns that this may not be the last of her.” That doesn’t come right out and guarantee Daisy’s comeback, but it doesn’t have to. When GH is trying to keep a storyline mysterious, they rely on vague statements like this one. It “may not” be the last of Daisy seems like code for it definitely won’t be the last of her!

Perhaps Daisy will return down the road to reveal the shocking truth. Sam didn’t buy the idea that Daisy was the mastermind of that obituary and email scheme. She thought Daisy seemed a bit too eager to blurt it all out. It’s possible Daisy lied to please the leader she’s loyal to. It’s also possible Shiloh threatened Daisy or blackmailed her with some sort of dirt.

Shiloh clearly isn’t the nice guy he appears to be. General Hospital spoilers say he’s got a dark side, which will lead to extreme danger for Sam, Kristina and Jason Morgan (Steve Burton) soon enough. We’ll give you updates as other GH news comes in. Stay tuned to the ABC soap and don’t forget to check CDL often for the latest General Hospital spoilers, updates and news.