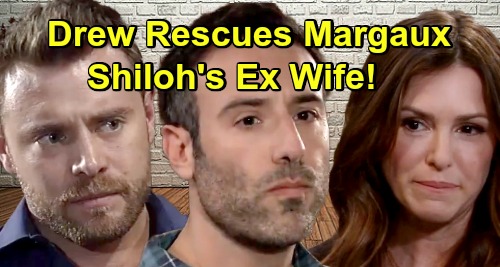 General Hospital (GH) spoilers tease that the ABC soap could once again pivot when it comes to Drew Cain’s (Billy Miller) love life. It feels like the show’s been struggling to settle on a direction for Drew lately. After Drew’s split from Sam McCall (Kelly Monaco), his heart needed time to heal. That was understandable, but it’s time for Drew to move on now. Which lucky lady will he end up with?

That’s where things could get a big messy for Drew. After his history with Dr. Kim Nero (Tamara Braun) was revealed, many GH fans assumed we’d see them reunite. General Hospital was finally inching in that direction not too long ago, but Kim got back together with Julian Jerome (William deVry).

Since Alexis Davis (Nancy Lee Grahn) has seemingly found a new love interest in Dr. Neil Byrne (Joe Flanigan), perhaps GH decided it’d be best to keep Kim and Julian as an item. Who else are they going to pair Julian with if not Alexis or Kim? It makes sense for them to keep Kim and “Charlie’s” relationship going strong for now.

Drew and Kim might reconnect on a deeper level after Oscar Nero’s (Garren Stitt) death, but that also seems like the kind of thing that could drive them apart. They may come to see each other as a reminder of what they’ve lost. The wound will be fresh, so a “Krew” pairing may not be the best plan at that point. Besides, most General Hospital viewers agree Kim and Drew don’t have much chemistry.

If Sam stays with Jason Morgan (Steve Burton) and Kim stays with Julian, where does that leave Drew? General Hospital spoilers hint it could bring another try with Margaux Dawson (Elizabeth Hendrickson). GH appeared to toy with their romance soon after Margaux’s debut, but they backed off for whatever reason.

Since Margaux’s been spotted with a Dawn of Day book and has an ex-husband named “Dave,” it’s reasonable to assume she’ll be caught up in the Shiloh aka David Henry Archer (Coby Ryan McLaughlin) chaos. Drew’s involvement in that story is revving up as well, so it looks like he’ll be pulled into Margaux’s orbit again. Maybe Drew will even have to come to Margaux’s rescue at some point!

Margaux gave Drew the flash drive and hoped they could be friends someday. They just might take it a step further than that. Would you like to see a new love story for Drew? Are you on board with Drew and Margaux as a pairing? We’ll give you updates as other GH news comes in. Stick with the ABC soap and don’t forget to check CDL often for the latest General Hospital spoilers, updates and news.