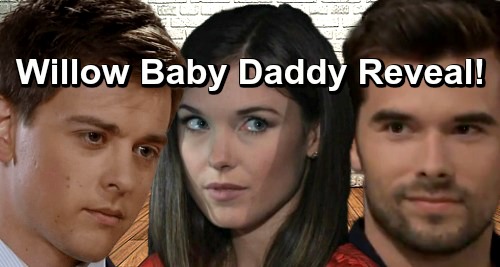 General Hospital (GH) spoilers tease that Willow Tait’s (Katelyn MacMullen) past will inevitably come back to haunt her. During a deep conversation with Harrison Chase (Josh Swickard), the detective questioned Willow about why she moved to Port Charles. Willow admitted that she had to escape a toxic situation, so relocating to PC was her way of running from her past.

Of course, GH fans will recall that Willow has dropped hints about being raped. She’s also made it clear that Wiley Cooper-Jones’ father wasn’t a good guy. That led to speculation that Shiloh Archer (Coby Ryan McLaughlin) could be the “baby daddy,” but Willow’s comments seemingly stir up some doubts.

Willow viewed Port Charles as a fresh start and an escape from her problems. It wouldn’t make much sense for her to flee to Shiloh’s hub of activity if they were connected in the past. Willow would likely do her research and know where Shiloh was located.

You could even count Sonny Corinthos (Maurice Benard) and Alexis Davis (Nancy Lee Grahn) since they’re trying to look out for Kristina. General Hospital spoilers hint that Margaux Dawson (Elizabeth Hendrickson) is likely Shiloh’s ex-husband, so that’ll be one more angle for the show to work. Perhaps it makes more sense for Willow’s “baby daddy” to become another big mystery.

With all this talk about Willow’s toxic past, you can bet Wiley’s father will enter the picture eventually. That could cause serious trouble since the real Wiley is dead and has been replaced by Jonah Corinthos.

Will the Wiley’s dad be someone GH will recognize or a brand-new character? Will he be responsible for blowing up Brad Cooper’s (Parry Shen) scheme with Nelle Benson (Chloe Lanier)?