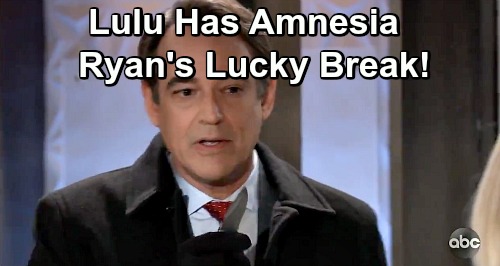 General Hospital (GH) spoilers tease that Lulu Falconeri’s (Emme Rylan) loved ones will get good news and bad news. Of course, this is on top of the excellent news they already received. Laura Webber (Genie Francis) just learned Lulu will most likely make a full recovery. Her surgery went well, so Lulu’s doctors have high hopes unless complications emerge.

GH fans can indeed expect more joy soon enough. Lulu may indeed have another scare or two, but she’ll pull through this. Like Laura said, Lulu’s a fighter! The fact that she dragged herself down from the office to get help says a lot about her determination.

General Hospital spoilers say Lulu will finally awaken and leave her family ecstatic. The same goes for good friends like Maxie West (Kirsten Storms). Once they welcome Lulu back and celebrate her survival, there’ll be another matter to discuss.

It’s important to grill Lulu about the attack ASAP and identify Port Charles’ serial killer. Jordan Ashford (Briana Nicole Henry) won’t want any more lives to be lost. She’ll head to GH and pummel Lulu with questions about what happened that night.

However, General Hospital fans know it won’t be that easy. If Lulu pointed the finger at “Dr. Kevin Collins” aka Ryan Chamberlain (Jon Lindstrom) right away, the story would be over. Where’s the fun in that? It’s almost February sweeps, so GH will need some suspense to keep the drama going strong.

That brings us to the good news and bad news we mentioned. Lulu’s recovery will be the positive portion of this mess. The bummer will be Lulu’s frustrating memory loss. Once she’s questioned, she’ll realize she doesn’t recall a thing about the attack. Lulu’s mind will be a complete blank when it comes to who came after her and why.

Ryan will be relieved to hear that, but he’ll undoubtedly stay on guard. After all, Lulu’s memories could come rushing back at any moment. It looks like he may sneak in and make another murder attempt at some point, but that won’t pan out. “Kevin” might be forced to pretend he’s just there to check on Lulu.

Of course, the sight of Ryan alone could jog Lulu’s memory a bit. Will she remember a few pieces of the puzzle? Lulu will keep working closely with the cops, so Ryan’s reign of terror will be in jeopardy. He may end up having to flee if Lulu gets too close to the truth.

Naturally, Ryan will try to take Ava along for the twisted ride! We’ll give you updates as other GH details emerge. Stick with the ABC soap and don’t forget to check CDL often for the latest General Hospital spoilers, updates and news.