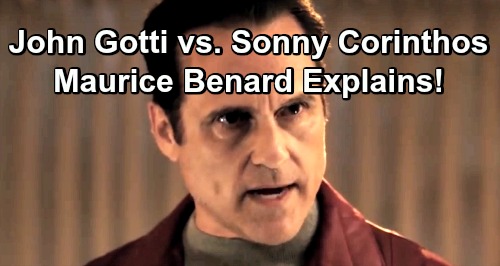 Sonny’s portrayer, Maurice Benard, recently took on the role of real-life mob boss John Gotti in Lifetime Television’s “Victoria Gotti: My Father’s Daughter.” One might think there were a lot of similarities between the role of Sonny and John Gotti, since they’re both mobsters, but Maurice Benard recently told Parade Magazine that the two characters are quite different.

“Sonny operates in second gear,” Maurice told Parade. “Gotti operates in fourth or fifth gear. Playing Gotti in that gear was very difficult because you can’t relax. There’s no time for fun. I was like ‘I have to do everything,’ but I had to appear cool.” 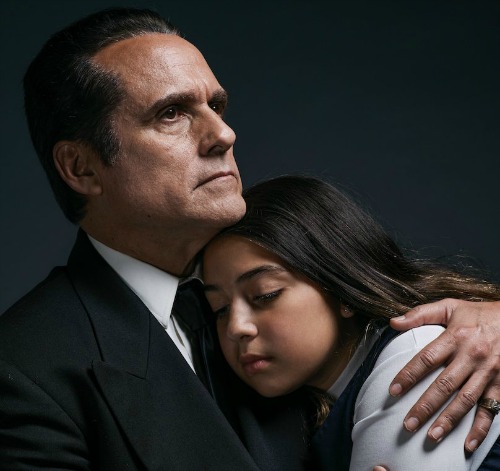 Maurice also said that he was driven to take the role. “It’s an offer you can’t refuse,” he said. “I wasn’t going to turn down playing John Gotti, even though I didn’t know it was going to be as difficult as it was, which I’m happy for now because it was out of my comfort zone.”

As for his role as Sonny Corinthos, Maurice relishes the storyline about his father’s battle with dementia. He described Max Gail as a “phenomenal” scene partner, and “as good as it gets.” As for portraying Sonny in those scenes, Maurice says: “I’m just living in those scenes. This is not an actor trying to figure out emotion and cry, or whatever. This is like I’m trying hard not to cry in every scene.”

The two mob characters may be very different, but Maurice portrays them both phenomenally. Are you excited to see Maurice in his new role as John Gotti? Stay tuned to the ABC soap and don’t forget to check CDL often for the latest General Hospital spoilers, updates, and news.