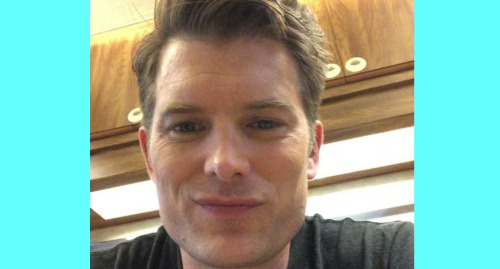 General Hospital (GH) spoilers tease that a One Life to Live (OLTL) alum may make his way to Port Charles. The latest buzz points to Mark Lawson potentially playing a major role on GH, and he could be showing up within the next few weeks.

As OLTL fans know, Lawson played the role of Brody Lovett for nearly four years. If he’s indeed headed to General Hospital, we have to consider which character he might play.

One option is that Lawson might be the new face of Dante Falconeri. There’s been a lot of talk recently about when Dante would reappear. Dominic Zamprogna reprised the role briefly, but he only managed to give Dante a more sympathetic exit.

Instead of being on a mission, Dante is now getting deprogrammed. It didn’t provide much closure since Lulu Falconeri (Emme Rylan) is stuck in the same boat.

Zamprogna has encouraged General Hospital to recast if necessary. He hasn’t been interested in returning to a contract role since he left, so a long-term return would require a recast. Lawson could slide in the part and take Zamprogna’s place.

Another character option for Lawson would be is Nikolas Cassadine. The role was last portrayed by Nick Stabile, but Tyler Christopher is most well-known in the part. There’s been some intriguing buzz about Nikolas potentially returning to PC. Nothing has been confirmed, but Nik’s comeback would definitely stir up some drama.

Tyler Christopher wrapped his run at Days of Our Lives several months ago, but there’s no sign of him coming back to GH. It’s possible General Hospital will make it happen eventually, but its equally possible they could go for a recast. Perhaps Lawson could be the latest actor to bring this Cassadine fan favorite to life.

Finally, Lawson could be playing a brand-new character. Many General Hospital fans are hoping more of Drew Cain’s (Billy Miller) past will be explored. Lawson could easily portray someone Drew used to know. Miller’s talent is underutilized at GH, so fleshing out his backstory would be a great idea.

Lawson could also be connected to Shiloh Archer (Coby Ryan McLaughlin). Perhaps Lawson might play someone who knew both Shiloh and Drew. Would he be a friend or foe to the creepy cult leader? Either way, it’d be an exciting route to take.

There’s even a chance Lawson could play a new love interest for Lulu. If he’s not playing Dante, the show might’ve still wanted Lawson and Rylan’s characters paired up. General Hospital spoilers say Maxie Jones’ (Kirsten Storms) plan will go awry, and leading Lulu to a new love would fit the bill.

Whatever the case, Lawson has been posting workout videos on his Instagram account – including one that said he was trying to feel “soapy again.” GH actors have to be in shape for those sexy shirtless scenes, so maybe Lawson’s working hard to be camera-ready! It’s worth nothing that Kirsten Storms and Emme Rylan have followed Lawson on Instagram as well, so that could be a huge hint.

Are you hoping Mark Lawson is on his way to General Hospital? Would you rather see him in Port Charles as a recast or a new character? We’ll give you updates as other GH news comes in. Stay tuned to the ABC soap and don’t forget to check CDL often for the latest General Hospital spoilers, updates and news.