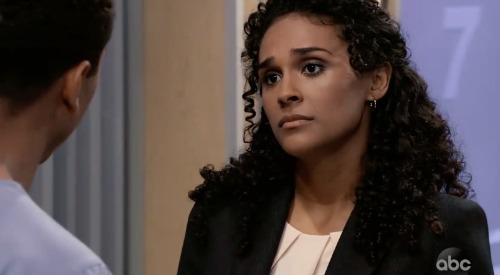 General Hospital (GH) spoilers tease that Shiloh Archer’s (Coby Ryan McLaughlin) days could be numbered. Sonny Corinthos (Maurice Benard) has been learning more about Shiloh’s influence over his daughter Kristina Corinthos-Davis (Lexi Ainsworth), and he’s not happy. The intervention sessions with Kristina have been enlightening about what Shiloh’s been feeding Kristina, and it has enraged Sonny.

Plus, Jason Morgan (Steve Burton) has just learned that Kristina was drugged with a powerful narcotic to prepare her for the Dawn of Day (DOD) initiation ceremony, and that didn’t make Sonny happy. He’s had about enough of Shiloh and DOD, and according to General Hospital spoilers, he told Jason in no uncertain terms that he wants Shiloh eliminated.

So, it’s certainly looking like Shiloh is reaching the end of his days. Of course, if Shiloh is eliminated by Sonny and Jason, he’ll probably just disappear off the face of the earth. After all, Jason’s not one to leave evidence behind. But it’s also possible that someone else will get to Shiloh first. Shiloh’s got a big list of enemies right now who could do him in.

There’s always Alexis Davis (Nancy Lee Grahn), Michael Corinthos (Chad Duell), and Willow Tait (Katelyn MacMullen) who could be suspects if something happens to Shiloh, along with Sonny, Jason, and Sam. We could be looking at a GH murder mystery very soon.

And there’s another GH clue that indicates Shiloh could very well be on his way out, and that has to do with Jordan Ashford’s (Briana Nicole Henry) health. In the new General Hospital promo, Jordan is shown collapsing to the floor, and TJ Ashford (Tajh Bellows) tells her that if her existing kidney fails before a transplant becomes available, then she could very well die.

This raises an interesting possibility, as Shiloh could be on his way out at the same time that Jordan desperately needs a kidney. If Shiloh’s killed and the circumstances work out just right, he could be a viable organ donor for Jordan.

Of course, some have speculated that Oscar Nero (Garren Stitt) could wind up being Jordan’s organ donor, since his death is imminent, but given that Oscar has cancer, he’s got to be out as a possible donor. Plus, given all the people who are currently angry at Shiloh, it seems that we may see Jordan’s life saved by the cult leader.

Do you think Shiloh’s on his way out? And will be end up being Jordan’s donor? Stay tuned to the ABC soap and don’t forget to check CDL often for the latest General Hospital spoilers, updates, and news.