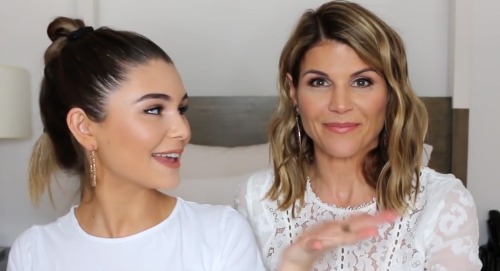 YouTube star and influencer Olivia Jade Giannulli partied on a yacht with the USC Board of Trustees in the Bahamas while her mother Lori Loughlin was getting arrested in Los Angeles. Loughlin, along with actress Felicity Huffman and about 50 more parents have been accused of bribery in a nationwide college admissions scheme.

According to Fox News, Olivia Jade was on Rick Caruso’s luxury yacht Invictus while parting with friends in the Bahamas. Caruso is a chairman with USC’s Board of Trustees. Olivia Jade and his daughter Gianna are reportedly close friends. The moment that Olivia Jade found out about her mother’s arrest, she flew back home almost immediately.

“My daughter and a group of students left for spring break prior to the government’s announcement yesterday,” Caruso told TMZ in an interview. “Once we became aware of the investigation, the young woman decided it would be in her best interests to return home.”

There are additional reports that Olivia Jade and her sister Isabella have already quit USC. Both her parents, Lori Loughlin and Target t-shirt designer Mossimo Giannulli have allegedly paid hundreds of thousands of dollars in bribes to get both of their daughter in college.

What’s more, allegedly, they even gave the university fake photos of their daughters pretending to be crew team members even though they’ve never competed in the sport before in hopes that they would be accepted as athletes. If convicted, both Lori and Mossimo could face jail time.

Getting expelled out of college isn’t the only problem that Olivia Jade is dealing with right now. NBC News reports that Sephora has decided to part ways with the 19-year-old by pulling out from their partnership with the social media influencer.

“After careful review of recent developments, we have made the decision to end the Sephora Collection partnership with Olivia Jade, effective immediately,” Sephora told NBC News media outlets in a statement.

So far reps for both Lori Loughlin and Olivia Jade have made no comments about the scandal. In the meantime, check back with CDL for all the latest updates right here.