Lori Loughlin Gets The Ax From The Hallmark Channel: Cuts Ties Over College Admissions Scandal 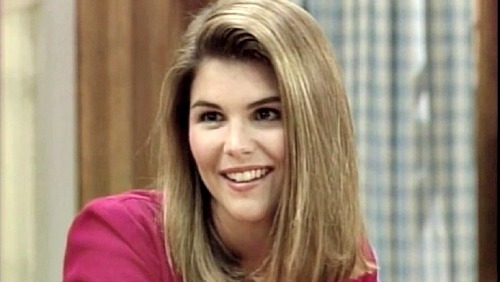 For Lori Loughlin, her week just keeps getting worse. Not only was she arrested for a college bribery scam that has rocked the nation, but she’s also lost her job with the Hallmark Channel. The network has announced that they are cutting ties with the actress after reports indicated that Loughlin, along with her husband Mossimo Giannulli, paid over $500,000 to make sure that their two daughters, Isabella and Olivia Jade, won spots at the University of Southern California.

According to Page Six and Variety, The Hallmark Channel has cut ties with Loughlin, even though she has long been the face of the network. They said in a statement to the media that they were “saddened” over the allegations that she is currently facing. A federal indictment says that college administrators helped students get into their school as recruited athletes, even though they didn’t play any sports.

Both Loughlin and fellow Hollywood actress Felicity Huffman are facing charges of conspiracy to commit mail fraud and honest services mail fraud. Authorities also say they have emails from Loughlin that prove their charges.

Lori Loughlin has starred in numerous Hallmark channel shows and movies ever since she began working with the network back in 2013. She’s also enjoyed success with the current Full House reboot of Fuller House on Netflix as her character, Aunt Becky. So far neither Netflix or producers for Fuller House have made any comments on whether or not Loughlin will reprise her role during the upcoming fifth season of the show.

Unfortunately, Loughlin’s daughter Olivia Jade Giannulli is also facing a backlash of her own. Sephora announced on Thursday afternoon that they will no longer be working with the social media influencer and have decided to end their business partnership.

If that weren’t enough, reports also indicate that the 19-year-old is facing expulsion from USC. Olivia Jade has said in her YouTube videos that they only reason why she is going to college is for the “game days and parties.”

So far representatives for both actresses have not made any additional comments about the report. In the meantime, don’t forget to check back with CDL for all the latest news and updates on your favorite celebrities right here.