Meghan Markle Labeled As A Hollywood ‘Failure’ Prior To ‘Suits’ Role 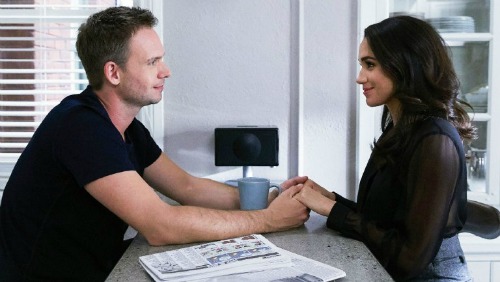 Meghan Markle has been labeled as a Hollywood failure. A royal biographer suggests that the Duchess of Sussex had nothing more than a mediocre career in the entertainment business before she married Prince Harry last year.

Author and royal critic Andrew Morton told Britain’s The Sun that Meghan was deemed as a “failure” before she landed her role as Rachel Zane in the cable television legal drama Suits back in 2011. Even though the role didn’t help make her a household name, it did provide a stable and secure television job for her before she met and fell in love with Prince Harry.

During an interview for the documentary Meghan & The Markles: A Family At War, Morton said, “Let’s not forget that, for ten years, her budding career as an actress was something of a failure. For almost a decade, Meghan auditioned for parts in movies, ads and gameshows. She was kind of, at 30, over the hill, in Hollywood terms, when she got this gig in ‘Suits.”

Before landing her role on Suits, Meghan indeed had small roles in multiple Hollywood movies and television programs such as Horrible Bosses, CSI: Miami, 90210, and Without A Trace. She even appeared in the daytime television series General Hospital back in 2002.

And while some critics would agree that Meghan Markle was a failure simply because she didn’t land any roles in blockbuster films, others argue that the former actress did enjoy mild success, especially considering the fact that she always had consistent work.

The Duchess of Sussex decided to leave her Hollywood career behind when she and Prince Harry announced their engagement back in 2017. Since then, Meghan has been focusing on her role as a member of the royal family. Along with Prince Harry by her side, she has attended numerous charity functions and engagements in the last year.

So far Meghan Markle herself hasn’t said anything about Andrew Morton’s comments. In the meantime, don’t forget to check back with CDL for all the latest news and updates on Meghan Markle, Prince Harry and the rest of the royal family right here.