Meghan Markle Warned Not To Play The Victim Card With Her Father, Thomas Markle 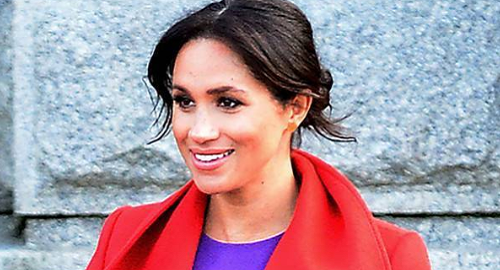 Meghan Markle has been warned to not act like she is the victim in her ongoing battle with her father Thomas Markle and estranged stepsister, Samantha Markle. As a matter of fact, one royal expert says that there’s a strong possibility both the palace and the public might turn on the Duchess, should she fail to play her cards right.

Speaking to Britain’s Sky News, royal commentator Carole Malone warns Meghan that she simply needs to ignore the negative press, keep her head held high and carry on while her family members back in the United States continue to drag her name in the mud.

Malone said, “As for the few scraps of criticism in the media, that’s nothing like what happened to Diana. Meghan won’t get the public admiration she craves by playing the victim and trying to manipulate the press coverage of her. She knows the family motto, never complain, never explain, and if she thinks she can change that by getting her friends to tell the world how wrong, yet how wonderful she is, the Palace and the public will turn on her.”

Both royal observers and critics alike can agree that this has been the most stressful year in Meghan Markle’s life so far. She has never been in the spotlight as much as she has been now.

Every day she wakes up not knowing if her estranged family will share even more dirty laundry about their ongoing feud to the media. To complicate matters even more, she’s also pregnant with her first child and dealing with all of the emotional and physical changes while in a very advanced stage of her pregnancy.

And while Meghan’s friends have come to her defense by insisting that she is being both vilified and pursued by the press, the Duchess of Sussex herself has not made any comments about the matter to the public.

Her heartbreaking letter to her father Thomas Markle – that he released to the press, no less – stated exactly how she feels about what is going on behind closed doors.

While no one knows what steps Thomas and Samantha Markle will take next, one thing is for certain: both Prince Harry and Meghan Markle will continue to focus on their royal engagements and charity work, hoping that Meghan’s troublesome family will eventually fade away.

So far, Buckingham Palace has not made any comments about the report. In the meantime, don’t forget to check back with CDL for all the latest news and updates on Prince Harry, Meghan Markle and the rest of the royal family right here.