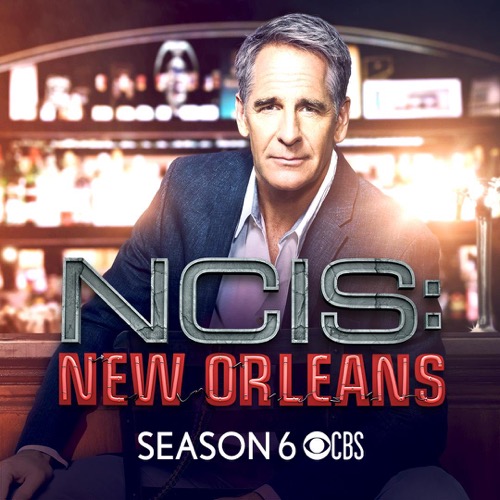 Tonight on CBS NCIS: New Orleans returns with an all-new Tuesday, April 23, 2019, season 5 episode 2i called, “Trust Me,” and we have your NCIS: New Orleans recap below. On tonight’s NCIS: New Orleans episode as per the CBS synopsis, “Tammy is convinced that a con man committed the hit-and-run murder of a Navy doctor, even though the evidence shows otherwise. Also, unbeknownst to Hannah, her husband, Ryan Porter, approaches Pride with new intel on Apollyon, the underground spy network responsible for murdering his father.”

The team was investigating the death of a Navy doctor. Commander Sandra Barnes was meeting with Natalie Layton late at night when they were targeted by another car. This second car rammed them and then swung back around to ram them again. He or she ended up killing Barnes, but the young woman she was with survived and was rushed to the hospital. Natalie wasn’t in a good enough condition to question and so her family was asked about her connection to the doctor. It didn’t make any sense to the team why the two women were parked in a car and it also strange to find a bottle of fentanyl of all things inside of the car as well. The team didn’t see the connection and so one was provided from Natalie’s stepdad. Her stepfather said she had a drug problem and had to go to rehab before she could come back to them.

Based on this information, the team did some digging and they learned that the doctor wasn’t squeaky clean either. Dr. Barnes was accused of using drugs and her ex-husband had given that as the reason for the breakdown of their marriage. He said that Natalie was prescribing herself and there were some missing drugs at her private practice but then she walked from civilian life. She joined the Navy and there wasn’t a hint of any wrongdoing since. The team believed that she must have turned her life around when drugs got the better of her and they have investigated it further when Pride came by. He wanted to speak to Khoury. Khoury’s estranged husband Ryan had reached out to Pride about Avery Walker. He said that he had proof Walker was alive because one of his old contacts had reached out to him and now he wants to become involved in the case against Apollyon.

Ryan won’t bring in his contact in unless he was involved and Pride didn’t want to work with him if he couldn’t get Khoury’s approval. Its why he sought Khoury out. Pride told her all about his job offer and how they suspect Avery was alive as well as the new leader of Apollyon, but he wanted Khoury’s approval on Ryan and that was never going to happen. Khoury flipped out when she learned her husband was dipping his toe back into the spy ring and she didn’t want him involved. She was yelling at Pride about wanting to use Ryan’s lead when they were interrupted. The team had found something new in their case and they knew it was too important to ignore. They found out that Barnes’s ex-husband and Natalie’s stepdad were one and the same. William Flynn had changed his name to Dylan Samuels and the man didn’t reveal this connection when asked.

This rang alarm bells for Gregorio. She had Patton dig deeper and they learned that while he was living as Dylan he basically took Barnes for a ride. He used up all of her money and created credit card debt in her name before he filed for divorce. That’s when he accused her of drugs and then claimed the debt was hers from her drug problem. He then changed his name and married another wealthy woman. Candace Layton was a widow and she was the only one at the hospital when Gregorio showed up with LaSalle. They both began asking her about her husband’s past and she revealed that she knew everything. She said her husband had to change his name because his ex-wife tried to ruin his life and he wanted a fresh start. She also said that the woman couldn’t leave her husband alone and she targeted her daughter when Dylan wouldn’t pay attention to her.

Candace saw Barnes as this evil woman and when she was asked why she didn’t say anything about this connection before she suddenly clammed up. She said she needed to focus on her daughter and she walked off, but her actions were suspicious and it didn’t help when they found a video of her behind the wheel of her husband’s car when it hit and killed Barnes. What the team couldn’t understand was why Candace would risk her own daughter? They thought that maybe her head had been too turned around by Dylan to know her own mind and so they brought in Dylan. He claimed that his car had been stolen two days ago and that he just remembered to report it stolen. It didn’t make sense why someone who claims to love their stepdaughter like their own would leave the hospital while she was in surgery to go report a car he ‘just’ remembered was stolen.

The team knew he was lying and had no way to prove it. Gregorio was also accused by her friends of believing the worst of Dylan because of her history with her ex-husband the con artist, but she said her history made her stronger. She now could see men like that for what they were and its why she knew Dylan had something to do with the accident. She went with LaSalle to arrest Candace and that’s when they learned she had been committed by her husband. Dylan has power of attorney. He somehow talked Candace into giving it up and it meant he could drain her bank accounts while she was locked up wherever he put her. There was nothing the team or Natalie could do. Natalie woke up in the hospital and she found the agents waiting for her. They wanted to ask about Dylan and she didn’t hold anything back.

Natalie said that Barnes had warned her about Dylan. Dylan had drugged and manipulated his wife in order to get his hands on her money. Once he got it, he left her a shell of herself and went looking for another rich wife. Barnes had told Natalie this and it helped fill in some gaps. Natalie did go to rehab and she got clean. She wouldn’t have relapsed and so she doesn’t understand why the other day she blacked out only to wake up next to a bottle of pills. She believed Dylan was drugging her and her mom. Her mom used to be really rational and then after she married Dylan it was like she became a different person. She was jumpy all the time and Natalie knew better. She knew it was Dylan’s fault and she gave her own blood in as evidence.

The blood was tested for drugs and it was the zombie drug. He has an official name, but it was known as the zombie drug because under its influence a person couldn’t be talked into doing anything and wouldn’t remember it. This drug was used so frequently on Barnes that it damaged her liver and so Natalie had been found in time. Her mother still needed to be warned and so Gregorio broke into her room at the hospital to tell her what Dylan was really up to. It was as she was convincing this woman that Dylan was evil was when her team called her. They found out there had been a third wife. The wife was from a wealthy family and had a prosperous job. Then she got tangled up with Dylan who was known as Roger Clark at the time and now she’s strung out and broke.

This second woman had claimed during her divorce that her ex-husband was monitoring her and so the team followed it up. They learned that Dylan had been spying on his wives during the marriage because he wanted to make sure they were under his control and he was most likely doing it again with Candace. So they warned Gregorio and came up with a plan. Gregorio pretended like she learned that Dylan was going to be arrested soon and this panicked Dylan into making a mistake. He went to the hospital and he pulled a gun on Gregorio. He then took her to the basement where he claimed he was going to kill her and Gregorio laughed at him. She said that he had Candace do his dirty work and so why should now be any different. And that’s when he admitted that he only let Candace run the red light because he wanted the cameras to catch her driving.

She had been too strung out to do the rest and so Dylan took full credit, but the team had been listening in and they quickly arrested Dylan before he could do anything. He made the mistake of giving them a full confession and so he was getting arrested for everything he did. Which included killing Barnes and drugging his current wife and stepdaughter. Candace was later released from the hospital and she went to go see her daughter. It seems now that she’s no longer on the zombie drug she feels clear-headed and also guilty. She blames herself for getting involved with someone like Dylan and Gregorio stepped in to tell her it wasn’t her fault. She had been manipulated by a professional and he knew how to get to her no matter what.

Gregorio had helped Candace and she also promised her own team that she wouldn’t go rogue again, but Khoury saw that Gregorio had done what was best in this case and she wanted to do the same with her husband. Ryan wanted to work Apollyon and so Khoury gave Pride the go-ahead if she could work it as well.

More eyes on this case was the best scenario.