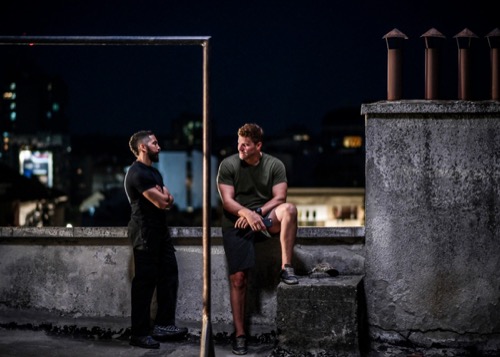 Tonight on CBS their new military drama Seal Team airs with an all-new Wednesday, October 9, 2019, episode and we have your Seal Team recap below. On tonight’s Seal Team season 3 episode 2, “Ignore and Override,” as per the CBS synopsis, “Bravo Team continues their mission in Serbia to track down an organization linked to the bombing of multiple American military outposts, when Jason Hayes’ past returns to haunt him and leaves him contemplating his future.”

The team is still in Serbia. They have returned from their mission. Jason tells Eric he is solid but his actions say otherwise. Meanwhile, Sonny is all hyped up in the other room driving the guys crazy with his singing and chanting. Jason comes in and tells them all he really is fine. They ask him if he has ringing in his ears. He denies it.

Davis and Mandy talk post-mission. Mandy tells her she needs to build some walls to do her new job running their ops. She is too close to the guys. Eric pays Ray a visit. He has been promoted to a Master Chief. With that promotion, he would run his own team. He doesn’t want to leave Jason and the other guys.

Jason is sitting in a little town, taking in the people and thinking. Mandy surprises him. They drink beer while she tries to talk to him about all the trauma he has been through. He shuts her down.

Ray is talking to his wife when Jason comes in. It makes Jason sad. He looks at a photo of the kids on his phone before looking at his list he keeps of those who have fallen. Night comes. He can’t sleep. The clock ticks, driving him crazy. He gets a call from a fallen brother, Diaz, who tells him he should have gotten out when he could. He wakes up from his nightmare.

Sonny and Clay are walking the streets, eating and talking. Clay asks Sonny about the mystery girl he has been talking to up until now, not realizing its Davis who is on the mission with them.

Ray sees Jason looking at his phone, at Diaz’s number. Ray tries to talk to him about why he is thinking of him now. Jason ignores the question and asks him to go work out.

Sonny finds Davis getting air. She is all worked up. He has brought her food. She tells him she is fine. He caresses her cheek. Ray catches it from a distance and hides behind a door.

Eric walks the guys in a plane hanger to their next spin up. They need to find their target, a man named Malkin and bring him in alive. In the air, Jason has flashbacks. His nose starts bleeding. They see their target appearing to make a getaway in a plane. They are lowered in the chopper and run to stop him when they wind up in gunfire with a nearby vehicle of men. They take out the men and get their man.

Mandy sits with Malkin to get him to talk. She plans to tell his associates he is an informant and has the deposits into his bank to prove it. He is willing to give her a name.

Ray asks Sonny how long he has been with Davis. Sonny tells him he is wrong.

Back in their bunk, the guys hang out and talk. Ray tells them they all need to recharge. Jason dreads getting into bed. He watches the clock before slipping him into a nightmare that wakes him. He calls home. No answer. Ray comes outside to check on him. Jason finally tells him about all of his stresses, the fallen brothers, his family. Maybe he needs to make a change.

The next day, the team meet to talk about their next leg of the mission – securing the man given up by Malkin.

The guys trudge through the woods before making their way at nightfall to a compound. They take out several security men quietly outside. They make it to the front entrance and shoot their way in. Upstairs they make their way through several bedrooms. They find nothing until they enter a room to find the target sitting at a table with a handgun in front of him. Jason is forced to shoot him. On their way back, the weight of the world is on his shoulders with his face showing all of his anger and trauma.

The team heads back on their plane. They all celebrate with beers. Ray tries to talk to Jason once again. Jason brushes it all off with smiles. Eric has an announcement – Jason has signed on for 2 more years. He repeats his oath. They all clap. Back at home, he sits alone in his house on the floor in a corner.